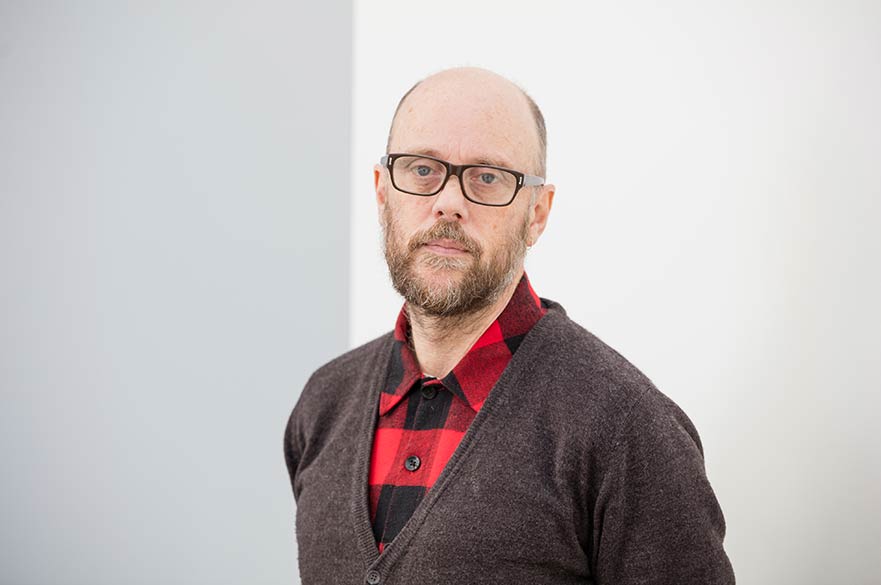 Before working at NTU, Sean was a co-Director of the Gasworks gallery and a visiting lecturer at several art schools across the UK.

Sean makes paintings from photographic images that explore ideas of 'Future Nostalgia' from the early 1960's. Using images, of the then cutting edge technology, such as a Nuclear Reactor control room from 1963, Sean performs pre-set operations to make paintings that reference the utopian aspirations of the day.
Deploying strategies of flatness through grids, Sean digs and explores these historical images as an archaeological process.

In Philip K. Dick’s novel 'Counter-clock world' (1967) the earth has entered the 'Hobart Phase–an enormous sidereal shift in which time moves backwards'. Sean likes to think of his practice within this fictional world and how it relates to a kind of reverse modernist practice that exposes the idealism of that time to our present dystopian gaze. Sean is engaged by both the promise and collapse of utopian modernism. There is a parallel between the aesthetics used in the control room display systems and in the painterly devices of modernism.

In terms of materials, Sean uses acrylic and brush on canvas. Sean's next exhibitions will be in the Bonington Gallery
and at Enclave, Deptford London both in March 2014.