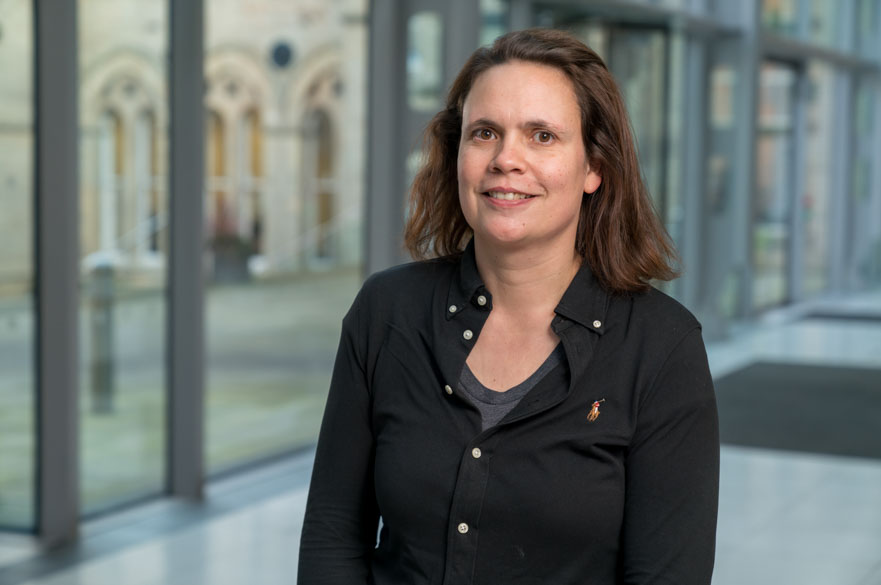 Dr Fuggle is Senior Lecturer in French at Nottingham Trent University. She is an AHRC Early Career Leadership Fellow (2018-2020). Her current research specialises in recent and contemporary continental philosophy, ecocriticism and representations of incarceration.

Dr Fuggle is author of Foucault/Paul: Subjects of Power (Palgrave, 2013) and co-editor of a number of collections including La Ligne d’écume: Encounteringthe French Beach (Pavement Books, 2016) and Foucault and the History of Our Present (Palgrave, 2015). Recently, her long-term interest in questions of space and identity have coalesced around representations of incarceration in French and Francophone culture. Over the past three years, she has organized a number of events around the theme of incarceration and visual culture including a symposium on Paul Virilio in June 2014, an international conference held at the National Justice Museum in Nottingham on the 40th anniversary of the publication of Michel Foucault’s Surveiller et punir in 2015 and, most recently, Captured: Documenting Incarceration, a 2-day prison documentary film event held in November 2016 at Nottingham Contemporary art gallery.

In 2017 she was awarded a British Academy/Leverhulme small grant to conduct research on penal restoration initiatives in French Guiana, exploring former carceral spaces through the lens of Jacques Derrida’s work on postcards, archives, traces and ruins. From January 2018, she has been awarded an AHRC Early Career Leadership Fellowship for a 2-year project looking at multisite carceral heritage in French Guiana and New Caledonia. She is also working on a monograph entitled This is not a camp: The Suicide Window at the Camp des Milles memorial. The book explores the possibilities and limitations for ethical spectatorship amongst visitors to sites such as the recently inaugurated Camp des Milles memorial museum located in a former tile factory turned deportation camp in the town of Les Milles just outside Aix-en-Provence.

Dr Fuggle has supervised MA and undergraduate dissertations on a variety of topics including urbanism, street art, aesthetics and new media, poststructuralism, biopolitics, cultural memory, film, gender and race theory. She has co-supervised PhD theses on documentary filmmaking, queer theory, urbanism and the relationship between aesthetics and politics. Opportunities to carry out postgraduate research towards an MPhil/PhD exist and further information may be obtained from the NTU Graduate School.

Beyond Slogans and Snapshots: The Story of the Groupe d’Information sur les prisons. Fuggle S, in S Fuggle, Y Lanci and M Tazzioli M (eds), Foucault and the History of Our Present, 2015, 142-158, London: Palgrave

See all of Sophie Fuggle's publications...