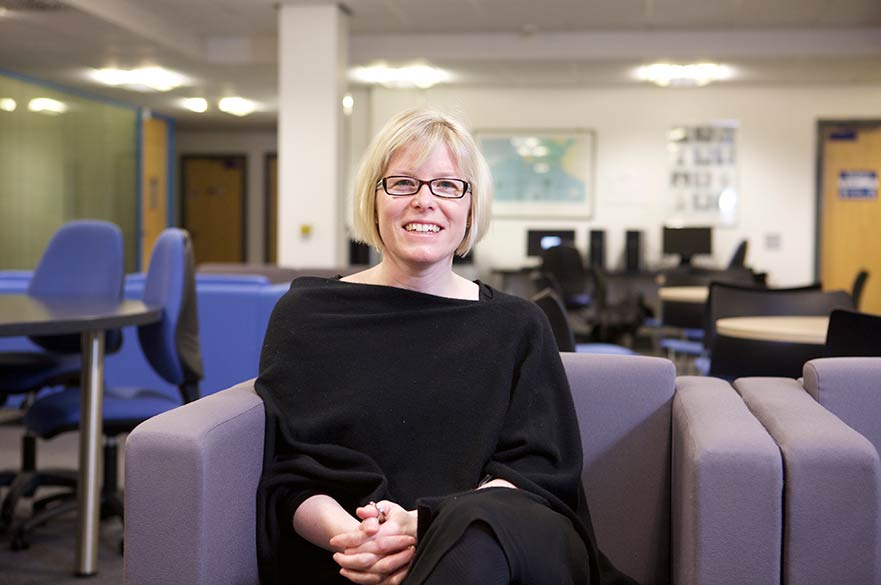 Dr Stéphanie Genz is a Senior Lecturer in Media Studies. She teaches on a variety of Media modules, including the first-year introductory module Understanding Media and Culture and the second-year modules:

Dr Genz is also the Module Leader for the third-year modules The Body and Popular Culture and Lifestyle and Consumer Culture. Moreover, she contributes to the MA in Media and Globalisation.

Dr Genz's research interests focus on contemporary gender and cultural theory and she has published widely in this area.

Dr Genz's research interests focus on contemporary gender and cultural theory. In particular, her research is concerned with innovative ways of understanding and theorizing twenty-first-century subjectivity and agency in relationship to neo-liberal politics and consumer culture. Much of Dr Genz's work centres on the contentious critical category of post-feminism and argues for a re-appraisal and politicisation of postfeminist theories and practices. Her current work centres on sexist liberalism/liberal sexism in post-recessionary culture that belies assumptions of gender equality and sexual freedom.

Currently Dr Genz is working on a revised and expanded second edition of her book Post-feminism: Cultural Texts and Theories (Edinburgh University Press 2017) that will reflect a changed cultural and political landscape, specifically in relation to the post-2008 recession and a climate of austerity that are echoed in cultural forms in terms of disaffected consent, national authoritarianism, retro-nostalgia and liberal sexism.

Dr Genz has been a plenary speaker at a range of international conferences and she was an Executive Committee of the Feminist and Women's Studies Association (FWSA) for a number of years.

Opportunities to carry out postgraduate research towards an MPhil/PhD exist and further information may be obtained from the NTU Graduate School.

Moreover, Dr Genz has delivered a policy briefing address on Bridging the Gender Equality Gap – The Future Role of Women and appeared on radio and in the national press.

'"I'm not going to fight them, I'm going to fuck them": Sexist Liberalism and Gender (A)politics in Game of Thrones'. Genz S in (Eds) R Schubart and A Gjelsvik, Women of Ice and Fire: Gender, Game of Thrones and Multiple Media Engagements, 2015, Bloomsbury

'"My Job is Me": Postfeminist Celebrity Culture and the Gendering of Authenticity'. Genz S, Feminist Media Studies, 2015, 14 (5)