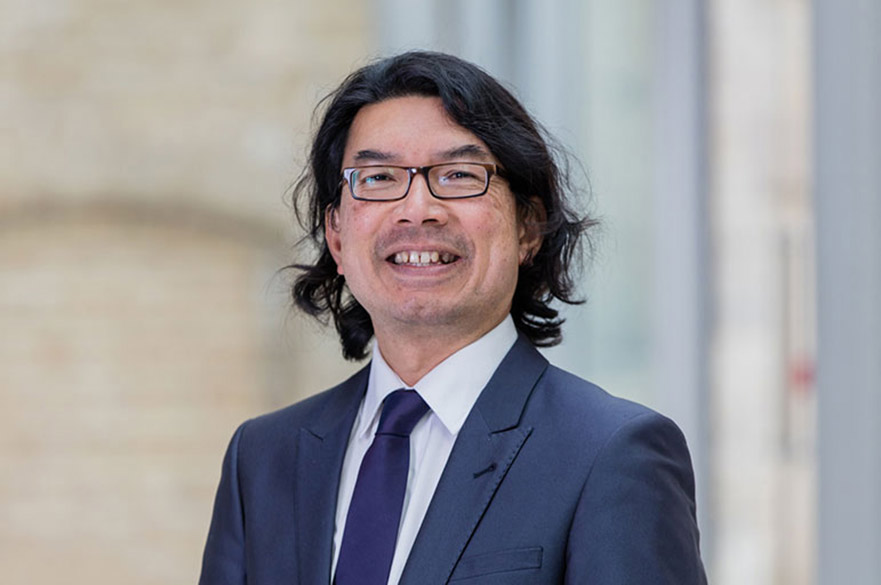 Professor of International and Environmental Law

David's main role at NLS is to be a leader in research and teaching in the fields of Public International Law and Environmental Law, focussing on the new LLM degree scheme in Oil, Gas and Mining Law, as well as PhD supervision in all these fields.

He is also aiming to support the work of the Centre for Rights and Justice, and the Centre for Legal Education at NLS through his research, as well as assisting junior NLS staff members establishing and enhancing their individual research profiles.

On the 19 February 2014, Professor David Ong presented an inaugural lecture. The lecture traced the legal relationships between States and the private hydrocarbon industry with a view to assessing the capacity for public international law to address these social and environmental harms.

His first two co-edited books are as follows:

More recently, alongside Professor Sheldon Leader, David was part of a UK research council (ESRC) funded project on the legal implications of project-financed infrastructure projects for human rights and environmental protection. The research papers from this project were published in September, 2011 by Cambridge University Press, in a volume entitled: Global Project Finance, Human Rights, and Sustainable Development, which he co-edited with Sheldon Leader, having also contributed two papers.

Apart from his research and teaching experience in the Public International Law (including WTO and International Investment Law) and Environmental Law (including European Environmental Law) fields, David has participated in several legal consultancies, beginning with an international legal consultancy for the UN preparing the Survey of Existing International Agreements and Instruments: Marine Environment and Marine Pollution, Research Paper No. 27, for the United Nations Conference on Environment and Development (UNCED) Secretariat, January 1992, for the UNCED 'Earth Summit', in Rio de Janeiro, June 1992, 135 pp. (With D.A.C. Freestone, A.E. Boyle, and K. Kummer. (October 1991-January, 1992) More recently, he has also served as a consultant on offshore joint development issues to the Guyana legal team in the Guyana-Suriname maritime boundary delimitation arbitration (2007); and as a technical resource expert on Joint Development at the Second United Nations Development Programme (UNDP) South-South High Level Meeting on Oil and Gas Producing Developing Countries held in Nairobi, Kenya, 12-15 October, 2009.

David has also participated in several professional training courses. Along with colleagues from the Essex Business and Human Rights project, he participated in a training event on the 'Human Rights and Environmental Protection Implications of the new Kosovo Expropriation Law' for Kosovo government officials organized by the Organization for Security and Co-operation (OSCE) Mission for Kosovo in Pristina, in July, 2009 (alongside Professor Sheldon Leader of the Essex University Law School). The success of the above event resulted in a second invitation to conduct a training event addressing similar implications for the Kosovo Privatization Agency and associated Laws in November, 2009. A third invitation to contribute to a joint OSCE and Essex Human Rights Centre conference on the Social and Environmental Impacts of Investment in Kosovo as well as undertake a research project based on the above topic took place in early July, 2010.

More recently, again alongside colleagues from the Essex Business and Human Rights Project, he was invited by the Westminster Foundation for Democracy to deliver a training workshop for the Ugandan Parliament in advance of their scrutiny of two government-sponsored Bills for the regulation of the petroleum industry, in Kampala, 10-12 January, 2012. His focus within these integrated training sessions was on the implications of these Bills for environmental protection (including liability for environmental damage) from petroleum upstream and midstream activities.

See all of David Ong's publications...