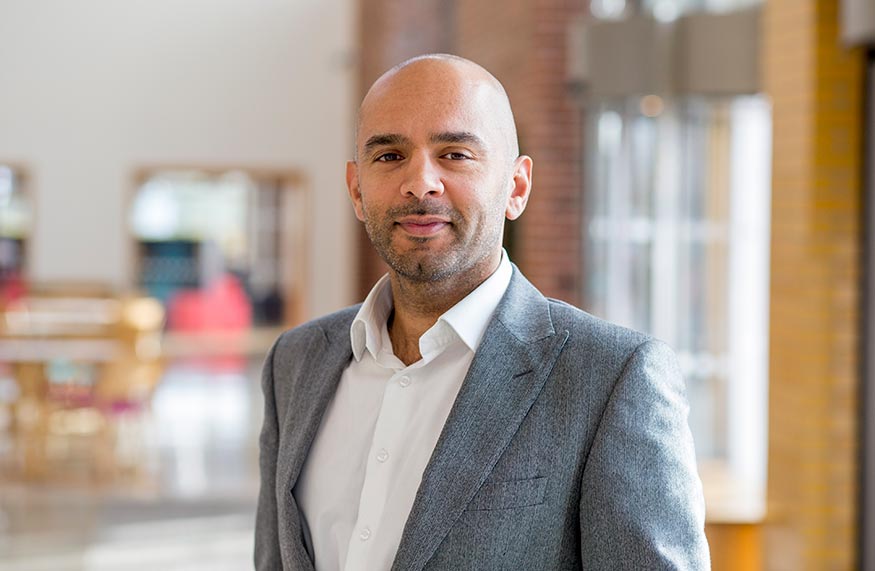 Professor Adnan Saithna is an orthopedic surgeon based at AZBSC Orthopedics, Scottsdale, Arizona, USA. He was appointed an Honorary Professor at NTU in 2017 and has multiple ongoing research projects in Nottingham focused on improving the outcomes of patients undergoing orthopedic surgery. He is also Professor of Trauma & Orthopaedic Surgery, Adjunct Clinical Faculty, at Kansas City University of Medicine and Biosciences, Missouri, USA, and KansasCOM, Wichita, Kansas, USA

Dr Adnan Saithna, MD, FAANA, is a multi-award winning orthopedic surgeon who specializes in sports injuries of the knee and shoulder. He has won major international awards for his work in ACL reconstruction (anterior cruciate ligament reconstruction) surgery, including the Richard O'Connor award from the Arthroscopy Association of North America, and a King James IV Professorship from the Royal College of Surgeons. Dr Saithna also received the highly prestigious British Orthopedic Sports Trauma and Arthroscopy Association Travelling Fellowship Award for his work on rotator cuff repair and long head of biceps tendon pathology, and the Arthroscopy Association of North America Traveling Fellowship Award

Dr Saithna is also Professor of Trauma & Orthopaedic surgery, Adjunct Clinical Faculty, at Kansas City University of Medicine and Biosciences where he has a key role in the residents research program. At NTU, Adnan has several major projects and has recently received a grant from the Arthroscopy Association of North America for a project that aims to develop the use of smartphone technology to reduce subjectivity of physical examination tests for knee laxity.

Dr Saithna is internationally recognized for his clinical research and his private practice is located at AZBSC Orthopedics, Scottsdale, Arizona, USA

In 2021, Dr Saithna was awarded the designation Fellow of the Arthroscopy Association of North America (FAANA) in recognition of leadership in the field of Arthroscopy, an accolade awarded to less than 100 of the organisations >6,500 members

Dr Saithna has active research projects in the following areas at NTU:

MRI evaluation of the meniscus

Use of wearable technology in orthopedic sports medicine

Sports injuries of the knee and shoulder