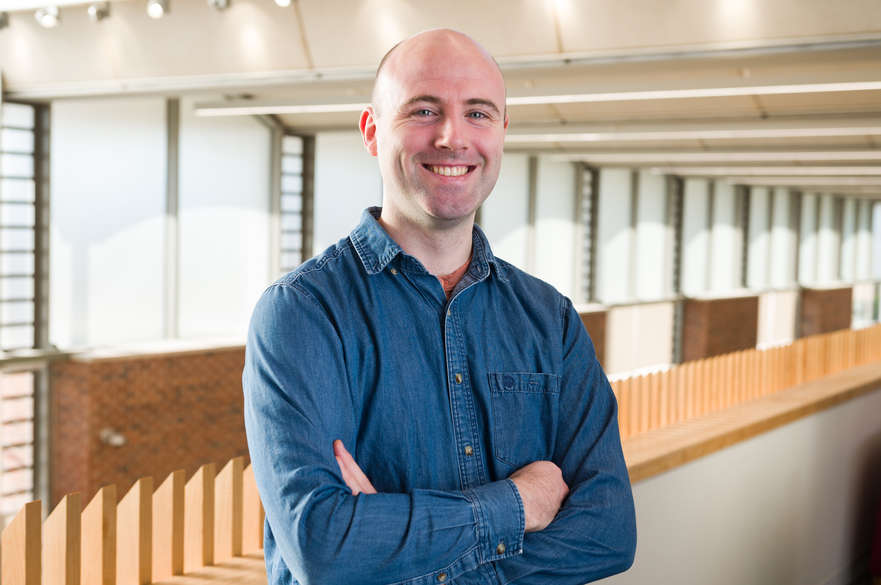 Keith Smith is a Lecturer in Statistics and Applied Mathematics on a teaching and research track. His overarching research interest is to understand more about the mathematical and statistical rules and limitations for complex biological systems. His work to date involves network science, complex systems science, brain structure in health and disease, biological networks, and biomedical signal processing. He is open to accept PhD students along these lines.

For 2021/22 Keith is the module leader for Mathematical Modelling and Quality Control for Business in Mathematics, and Statistical Data Analysis and Visualisation half-module for the MSc in Computer Science. He also teaches seminars for the Introductory Mathematics module in the foundation year for SST, and teaches for Statistical Applications to Data Analysis for the Degree Apprenticeship in Computer Science.

He is a Foundation Year and Year 1 tutor for Mathematics and helps with the placement programme in Mathematics.

Most major common forms of disease today— including sporadic Alzheimer’s disease, Parkinson’s disease, diabetes, stroke and heart disease—are known as complex trait diseases. Such diseases are not known to be caused by any single deleterious genetic mutation (such as in sickle cell disease or familial Alzheimer’s disease) nor any particular environmental condition. Rather, they appear to be caused by different kinds of combinations of such factors with high levels of co-occurrence (multimorbidity)— perhaps as broad outcomes of the complex human system failing in certain ways. The complexity and volume of factors at a biological level which can contribute to common human diseases makes them not only great societal and economic problems, but some of the most challenging problems in all of science.

While standard reductionist strategies have struggled to make the long hoped-for breakthroughs for complex trait diseases, new systems-level paradigms and the development of powerful and biologically-informed computational methods are gaining traction in enabling more general, holistic perspectives of these problems. Particularly, network science is being realized as a key tool to help us understand the interconnected nature of biological systems and their dynamic organizational principles. In this vein, I pursue two main branches of research:

i) Networks of brain structure and function in health and disease

During my PhD, I introduced a new paradigm for complex networks called hierarchical complexity (HC). While complexity has typically been characterized as arising in the spectrum between ordered and random systems, our characterization allowed us to single out complex networks (involving diverse functionality and generative processes) from ordered and random networks (both involving simple, global generative processes). This was enabled by using neighbourhood degree sequences to encode connectivity patterns.  Applying this idea to brain networks, we have found EEG functional connectivity and dMRI structural connectivity of the human brain to have particularly strong HC. Concurrently, I have found that HC is not a general characteristic of real-world networks, with tentative evidence that it is not even a general characteristic of animal brain networks. This interestingly points to HC as a particular characteristic of the human brain.

Recent work with collaborators on HC of adult structural connectomes opens up new ways of understanding and interpreting brain structure and function. Indeed, evidence is gathering of the importance of this characteristic for healthy brain networks and its disruption in a number of clinical conditions. We have found global disruptions to HC in EEG functional connectivity in Alzheimer’s disease; disruptions to the HC of hub regions in lupus; and decreased HC in sensorimotor and heteromodal regions in preterm-born infants.

Still, important fundamental questions remain. We have some understanding of the differences in HC in brain structure between neonates and adults, but I want to go further to understand how HC develops throughout human life. Important clinical considerations include the systemic principles which underlie this development, and how the failure of such principles could be associated with neurodegenerative conditions. With a slightly more ambitious outlook, I want to understand how HC presents in other animals across the tree of life.

Complementary to this work in brain networks, I have a keen interest in implementation and interpretations of graph machine learning approaches to human biological data and supervise a PhD student focused on applying graph machine learning algorithms to structural features and connectomes with applications to major depressive disorder.

I am also involved in (and keen to expand on) several projects in the area of protein interaction networks. One is an international collaboration with evolutionary biologists (including colleagues at the Santa Fe Institute and Network Science Institute), looking at how the distribution of genetic expression can explain the evolution and particularly the resilience of protein networks, another is with health data scientists at the Usher Institute, looking for new genes of relevance to cerebral small vessel disease.

I also pursue independent research into the mathematical aspects of network science including modelling of networks from first principles and the development and refinement of network metrics.

My recent collaborators include: