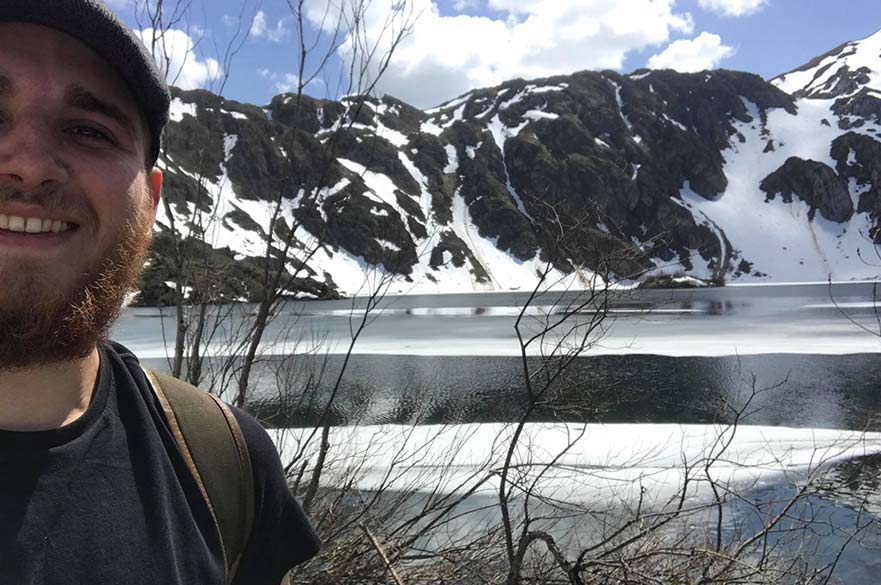 BSc (Hons) Wildlife Conservation covers a very broad range of topics, from the anatomy and physiology of animals, to the laws and policies that protect them. If you have an interest in wildlife there will be a topic for you.

“When I was looking at other universities NTU was the clear choice for me. It has the mixture of a big city for the social side, but also the location of Brackenhurst Campus is ideal. Being further out in the countryside allows practical lectures to take place on the grounds.

“BSc (Hons) Wildlife Conservation covers a very broad range of topics, from the anatomy and physiology of animals, to the laws and policies that protect them. If you have an interest in wildlife there will be a topic for you.

“During the first year we went on a couple of trips to Attenborough Nature Reserve and to a seal colony on the east coast. Both were extremely interesting and I’d recommend taking up any opportunities to learn further outside the classroom.

“In the second year we’ve just come back from a week residential trip in north west Spain collecting data for a piece of coursework. There is a good chance on this trip you will see wolves or bears in their natural habitat. In the summer between second and third year we are also heading out to South Africa for around 10 days working in a game reserve. Having already spent some time in Southern Africa before I am relishing the opportunity to improve my knowledge.

“I didn’t know a huge amount about Nottingham before coming to study here, being from Brighton it’s a bit of a journey from home to get here. The city has an amazing range of cultural diversity, which really gives Nottingham its own vibe.

“I’m currently working on my own website that will hopefully turn into my own business. The website in simple terms is a social media platform for wildlife enthusiasts. I’m also looking into working in the tourism industry. It would involve taking people out on guided tours of Southern Africa educating people on the wildlife and sustainable tourism.”