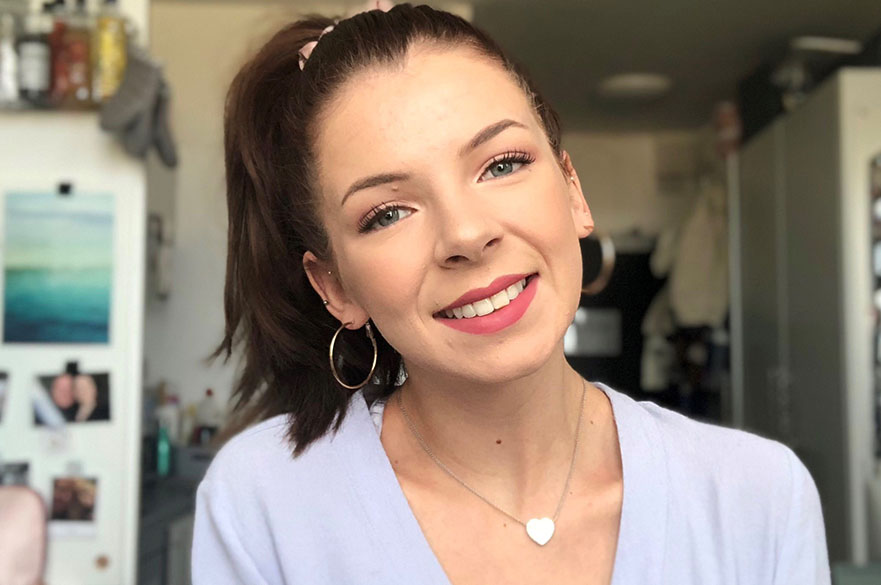 I’ve also made some of my closest friends through the course and I’m so glad I came to NTU. I’ve been given tons of support from staff and student mentors alike, which has made the rough journey so much easier.

Hope came to NTU to study FdSc Animal Science through Clearing after missing out on the grades to get into her first choice. We caught up with her to see how she found Clearing, and what advice she’d give to other students going through a similar experience.

“I knew nothing about the course until I was told I had to go through Clearing and had to look at other universities. I didn’t know NTU was an option as I was always advised to look at ‘Russell Group’ universities by my sixth form. I had never thought I would need to go through Clearing and was shocked and sad on results day. I was really disappointed in my grades – they were much lower than my mocks and predicted grades.

“When I spoke to NTU was greeted with a friendly and helpful staff member that assured me everything will work out (she could tell how upset I was on the phone).

“I said I was interested in Animal Science, and she directed me to the FdSc course as my grades were too low to go straight onto the BSc, but explained that I had the option to do a top-up year to get the BSc once completing the foundation course.

“I would still leave NTU with a BSc in Animal Science, and I was so relieved to hear that I could still do the course I desperately wanted to do and had spent my life working towards.

“This conversation, looking at the course information on UCAS and the fact NTU had won University of the Year made me decide to come here.

“Fast forward and I am thriving and enjoying the course. I love the style in which it is taught and that I have assignments rather than loads of exams. After my A-levels the thought of sitting more exams filled me with dread.

“I’ve also made some of my closest friends through the course and I’m so glad I came to NTU. I’ve been given tons of support from staff and student mentors alike, which has made the rough journey so much easier.

“The advice I would give to a student going through Clearing is that even though you may have not got into your first or second choice, you will find your way and there are so many other people in the same boat.

“I was so set on one path and in one mind set and would have missed an opportunity elsewhere if I hadn’t gone through Clearing. Everything happens for a reason and even though a year ago I wouldn’t have known it, coming to Nottingham Trent University was the best thing for me and I’m really happy I’m here.”