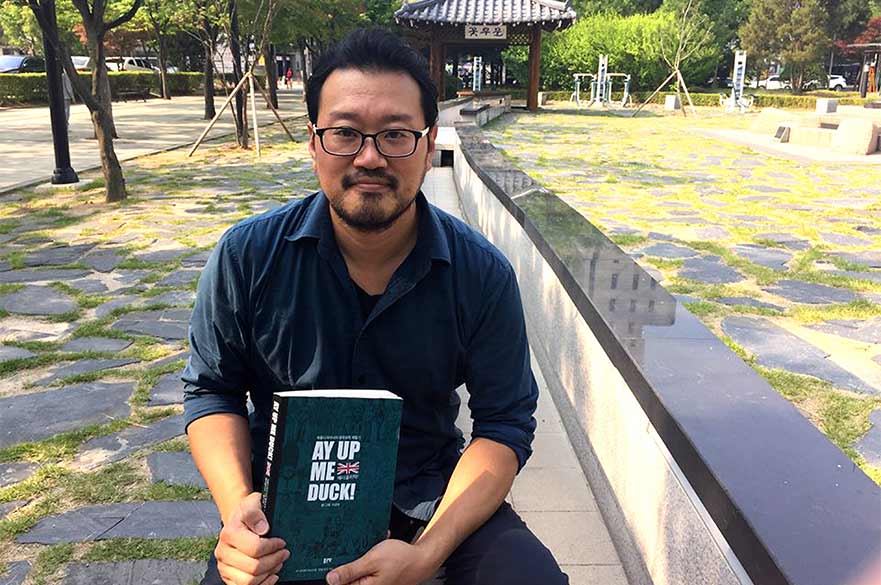 Life in the UK was absolutely fantastic! I heard that NTU had one of the best product design workshops. True enough, there were so many types of machines in that workshop, which was the biggest attraction for me.

What was it about NTU that made you want to study here?

“I heard that NTU had one of the best product design workshops. True enough, there were so many types of machines in that workshop, which was the biggest attraction for me.”

Can you give a few reasons why you would recommend NTU and your course to someone looking to study Product Design?

“I grew up in a different environment to England. Korean education is notorious for pushing students really hard. I found that there were huge differences between the two countries in the way in which they teach students.

“For most projects in Korea, students are assessed based on process and results, so I was never taught how to develop ideas, and solve problems. AT NTU, we had to identify issues first, and then create a product to solve it, rather than just creating a product that we wanted.”

Can you tell us more about your current job, and what your role involves?

“I am developing my product range, Night Lamp, and I am also working as a freelance illustrator. I hope to release my Night Lamp range to the public soon.

“I have also just published a graphic novel about my life at NTU and in Nottingham. It contains stories of what I studied at NTU, what I learnt, how I got a job, the things I did in my job, and how I became a father to twins at the QMC in Nottingham; basically how I survived in the UK!

“I started the book originally to document my lovely memories of Nottingham, but I also wanted to share my story with other Korean students who were interested in studying abroad, to inspire them to do it. I was aged 34 at the time I started my course, so I wanted my message to them to be, “I was able to do this at my age; you can definitely do it too.”

Where did you spend your work placement year? What did your role involve?

“At Smith of Derby, one of Britain’s largest and oldest clock manufacturers. My official position was Casual Designer; I created drawings for new clocks, offered improvement ideas for existing clocks, and created images for presentations used by the marketing team, and so on.”

Can you tell us more about your freelancing work as an Illustrator? How long have you been doing it for and what made you get into it?

“I've been drawing for a living since 1997; I became the CEO of my own graphic design office in 2001 and employed some designers. Also, I was very lucky that before American actor, painter and writer Anthony Quinn passed away, he came over to South Korea to exhibit his artwork, and I was given the opportunity to design a simple website home page for him. Since then, I’ve been designing websites as a part-time job.”

How did you find life in the UK as an international student?

“Life in the UK was absolutely fantastic! I married my wife in Korea, and after we moved to the UK, our twin girls were born at the QMC in Nottingham with excellent doctors’ and midwives’ help. It happened right after my placement year at NTU, so I was able to take care of my three girls and stay with them every day at the hospital until my final year started.”