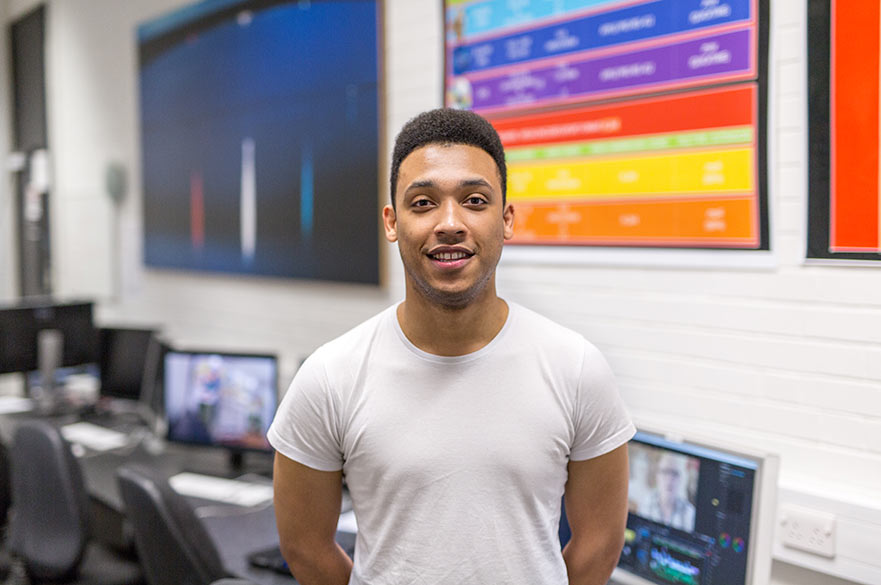 I had the choice of topping up my degree at another university, but I chose NTU because of the good feedback I heard from my friends who studied there.

Damien completed an FdSc Television and Film Production Technology at Confetti Institute of Technologies in Nottingham, before joining NTU to top-up to a Bachelors degree.

“I had the choice of topping up my degree at another university, but I chose NTU because of the good feedback I heard from my friends who studied there. The course was very flexible when it came to my specialisation and I got to explore my craft in ways I hadn’t thought about.

“My favourite brief so far was a client brief that I sourced myself  I was contacted by Andrew Shim, who plays Milky in This is England, who asked me to make a promotional video for a new MotoGP legible bike  I was flown to the south of Spain to the test track in Almeria and I had a fantastic time filming Andrew test ride this new bike, using GoPros and soaking up the sun!

“Jools, the Course Leader, is always a great person to talk to – he’s really knowledgeable when it comes to design theories and has a plethora of practitioners he recommends.The technical team are also really smart when it comes to camera and studio lighting and there’s been many times where they’ve helped me out.

“In five years’ time I hope to be creating lots of visually interesting short films and documentaries. I’d like to be travelling the world, creating videos that move and inspire people; telling stories and opening people’s eyes to subject matters that the average Joe wouldn’t even think about.”