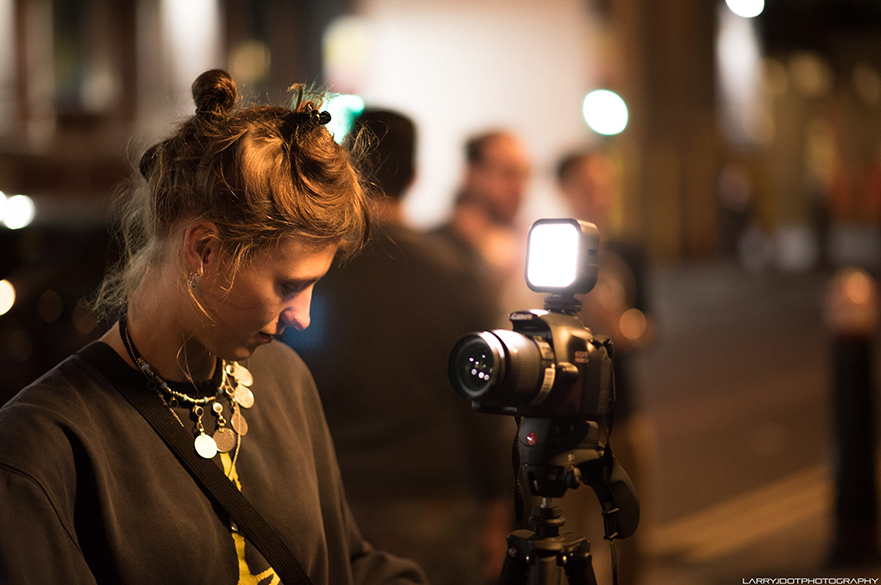 Whenever I reached out for help, the course staff were there... At the end of the three years I would say I developed a friendship with all my lecturers which will hopefully last for a long time

"My NTU experience can be summed up in three words: Completely career changing.

"At the end of my second year, the team at CBJ helped me attain a sought after placement at BBC Radio 6 Music. This involved writing scripts, conducting interviews, producing a radio package that went out on air to over a million people. The most interesting aspect of the placement was being able to work for a station I truly believe in and support, as well as getting to meet and interview a lot of amazing artists.

"CBJ also helped me get two weeks work experience with ITV Shiver and presented me with the opportunity to work for Notts TV as a video journalist for nine months –not something everyone can put on their CV! The Notts TV pathway involved producing content which would be aired each evening. It was an invaluable experience working in a professional environment with strict deadlines.

"Whenever I reached out for help, the course staff were there. I think our course was quite unique in as much as we were a tight bunch – the lecturers knew all the students by name and visa versa. At the end of the three years I would say I developed a friendship with all my lecturers which will hopefully last for a long time. As for the technicians – they are the unsung heroes of the course. I don’t think anyone can say they didn’t help them pass their degree – they were there for us faultlessly, with so much patience and humility.

"A highlight for me was listening to NTU alumni Barney Douglas talk about his film ‘Warriors’. He started out as a journalist, mainly sport reporting, but then moved into film. He was speaking at a CBJ Futures day. I remember it resonated with me because I was interested in getting into film and documentaries. I had a chat with him and he was great – he told me to go for an idea however wild it was. Actually I remember him saying he sold his car to pay for a flight to the location. That’s commitment!

"Since leaving university I have gone on to undertake work experience placements at ITV Shiver, Somethin’ Else and Nomadic Films. Someday I would love to be a self-shooting producer/director but I know it’s a long road from now. My advice to anyone considering applying to the course would be you get out as much as you put in. If you’re a coaster it’s not the degree for you, but if you are willing to get stuck in there’s so much on offer. And make use of all the equipment – do your own passion projects because you’ll miss the opportunity to use the equipment when you’re gone.”