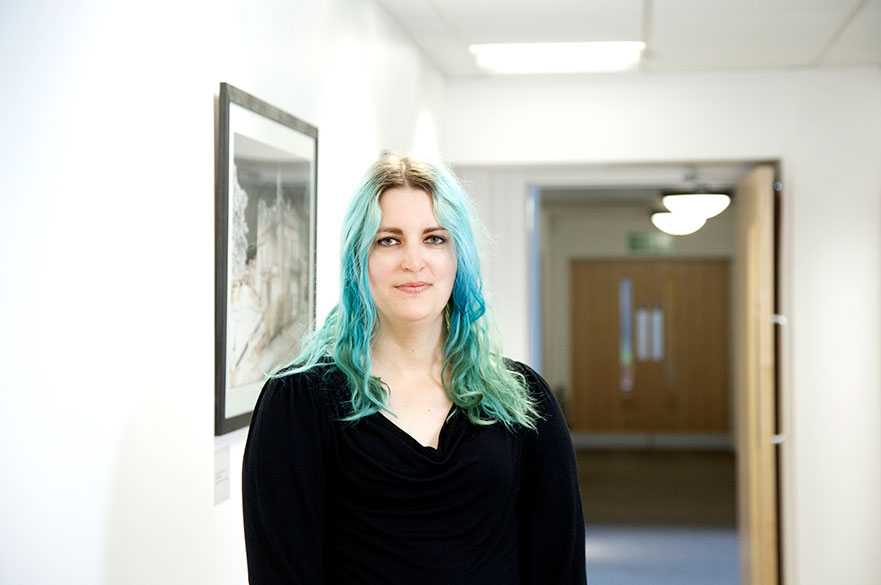 My ambition is to gain a postdoctoral research position, or to return to the games industry in a narrative design position.

Prior to starting my Creative Writing PhD, I worked in the video game industry for several years as a writer and producer. I found some of the common assumptions about story in video games very frustrating, for example that players don't care about the story and the gameplay is the most important aspect of player experience.

I was awarded a BBC award at the Triforce Creative Network Comedy WriterSlam. This resulted in mentoring from Julia McKenzie, Head of BBC Radio Comedy. We're continuing to work together, and my hope is that my script will eventually be broadcasted. As a result I was awarded the Cohort 2 AHRC / M3C Cultural Engagement Award at the M3C Research Festival for my work with the BBC.

My ambition is to gain a postdoctoral research position, or to return to the games industry in a narrative design position.

My PhD project is entitled That's not how it should end: the effect of reader / player responses on the development of narrative.