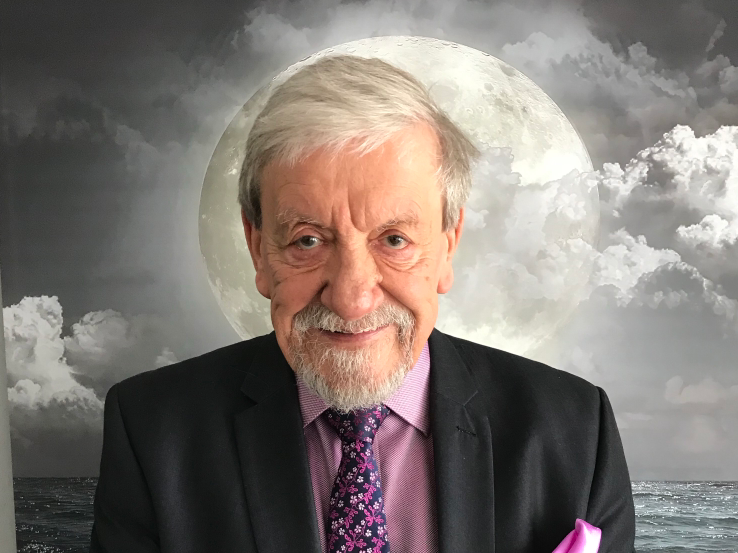 Bill Jennings has volunteered a great deal of his time to NTU and his motives are quite simple. He wanted to help and give something back. This was and still is the driving force behind his continuing help to the university, its staff and students.

Bill became a volunteer a few years ago when he was made aware of a new requirement in the syllabi for some law degree courses, specifically Family Law. Having previously specialised in this field as a Nottinghamshire magistrate, Bill has a considerable amount of experience that has benefitted our law students. During his time as a magistrate, Bill was also elected as Chairman of the Nottinghamshire Family Panel, sitting as a magistrate alongside his colleagues as lay judges.

Bill's first foray into volunteering was when he became heavily involved in the workplace / employer challenges for our LLB, LLM and GDL students.

As one of the inaugural speakers for the Court Visit Association, Bill's aim was to explain court etiquette, procedures and other pointers. He has since given other talks to help in the growth and success of this society.

Heavily involved in other events arranged by the University, Bill has assisted many students by providing mock job interviews, help with CV writing, and general career guidance. He has worked in collaboration with Acceler8, our BLSS General Mock Assessment Centre, and with other volunteers. These activities have given students the opportunity to present their job applications and CVs to an outside independent person who can then help, give them ideas, and guide them for when they do it for real.

One of the most enjoyable and rewarding aspects of Bill's volunteering has been his experiences as a mentor. He has found it a pleasure being able to speak with many of our highly conscientious students when they have needed more information about family law and family courts.

One of the many highlights during Bill's time as a mentor has been the conscientious approach that his mentee gave to their meetings, thanks to their professional approach and the highly intelligent questions raised. In fact, such was the keenness of Bill's mentee that they continued beyond the suggested cut-off date.

Volunteering has enabled Bill to impart his knowledge and experience learned over the years of sitting on family law cases. As a result, he has been able to pass on his years of courtroom experience, both legal and personal to the students. They in turn benefit from input by an outsider away from the realms of academe.

Bill has gained great satisfaction from knowing he has helped in some way to the fulfilment of our students’ studies. In his own words, he has been able to put something back and not let his experience, skills and knowledge go to waste.