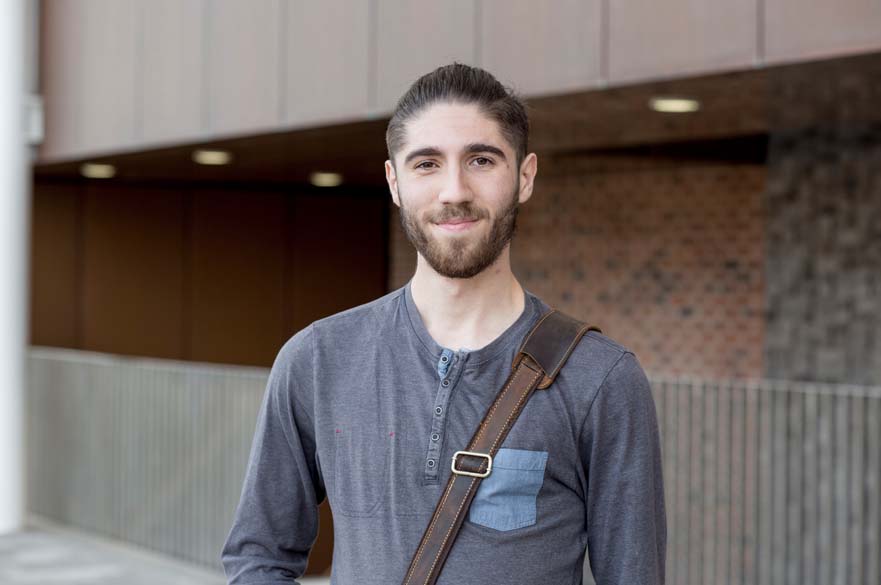 If you’re trying to choose between mathematics and computer science, this course does well at combining the best of both worlds.

On my year-long placement I worked at Next as a Voice Engineer which involved working on the phone system mainframe. I was given a lot of responsibility, including making sure customer calls and call scheduling were correctly managed over the Christmas period. I had never thought about a career in telecommunications before, but it was stimulating to find out about a whole new industry and to learn the skills needed to work in it.

One of my fondest achievements as an NTU student has been creating my first functional “videogame” for one of my computer science modules. I had no idea where to start, but finished with a game similar to Guitar Hero that also bagged me a good grade!

My greatest achievement would have to be my successful placement. It’s helped me to develop as a person as well as academically. I now know in which direction I want to take my career and I’m planning to accept the graduate offer I received from Next after completing my placement. After that, well, I’ll have to find out when I get there!