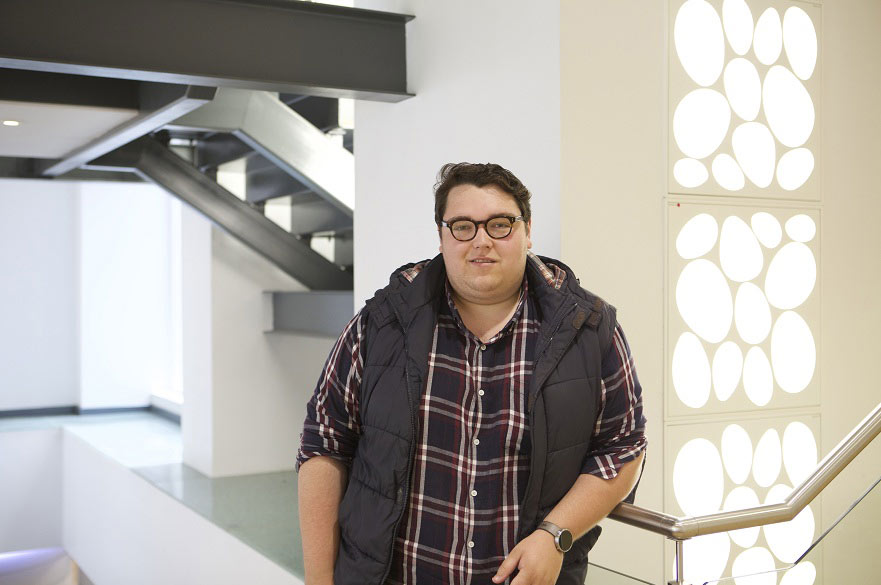 “I chose to study Nottingham Trent University (NTU) because of the reputation of the Politics course here. The main features that attracted me to the course were the British Politics in Government and the British Political History modules. The British orientated modules really stood out as my interest is in British domestic politics. NTU also stood out for me not only because of the location, but because of the fact that the politics department had a 95% course satisfaction rate and the Student Union won the NUS Higher Education Students’ Union Award for 2015.

“In my first term at university I have found friends for life, both on my course and in my accommodation. Nottingham is a wonderful city to live in as it is full of rich architecture and the city centre is a hub of places to go and have fun, which is perfect for students.

“The Students Union is the home away from home for me at university. The staff at the NTSU have shown why they were the winners of the NUS Higher Education Students Union of 2015 Award; they cannot do any more for students. I have been spending my time there having meetings and created a society called the NTSU Politics and International Relations Society, of which I am the president. The society organises debates, discussions and political talks as well as social events, gatherings and events, which have been ran with the NTSU and the University. It has added a great deal to my university experience as it has allowed me to be the president of an organisation which allows students of all courses and creeds to get into politics at a time when students and politics do not mix easily.”