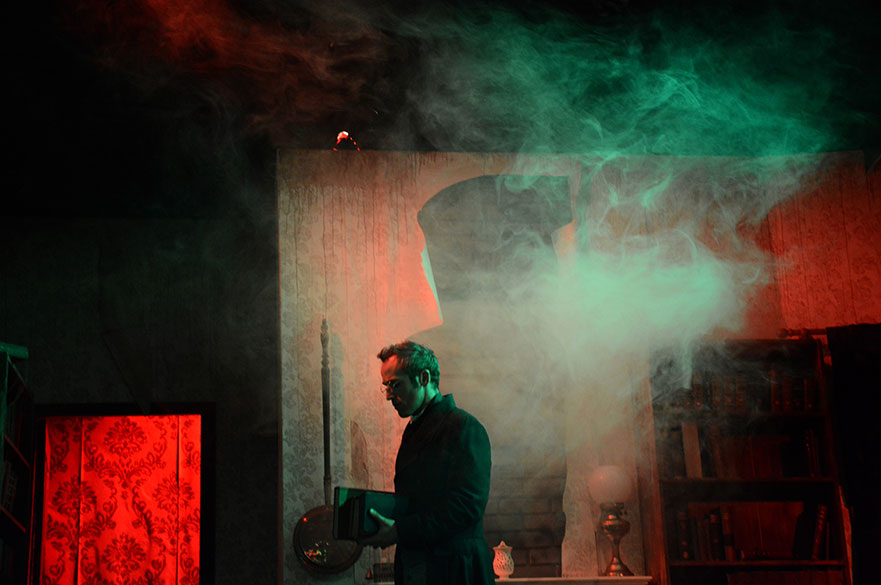 A student on the BA (Hons) Theatre Design course at Nottingham Trent University has designed the set for a production entitled The Haunting. Taking place at Nottingham’s Lace Market Theatre, The Haunting reimagines the short ghost stories of Charles Dickens into a new tale, written by Hugh James.

Hannah Eccleston was one of a number of other final year Theatre Design students who interviewed for the opportunity to design a set for a production at the Lace Market Theatre. Following her selection, Hannah attended production meetings with the crew to be briefed around their vision for The Haunting. She then got to work on designing the set.

Designing for her final year project, Hannah praised the partnership: “It's been an amazing experience. All the members of the theatre are lovely. It's my first realised show, but my director, Adam Goodchild, made me feel so involved and part of the company - I was involved from the first production meeting,” she said.

She continued: “I highly recommend to the second year Theatre Design students that when it's time for them to choose their projects for third year, that they interview for the Lace Market Theatre show!” 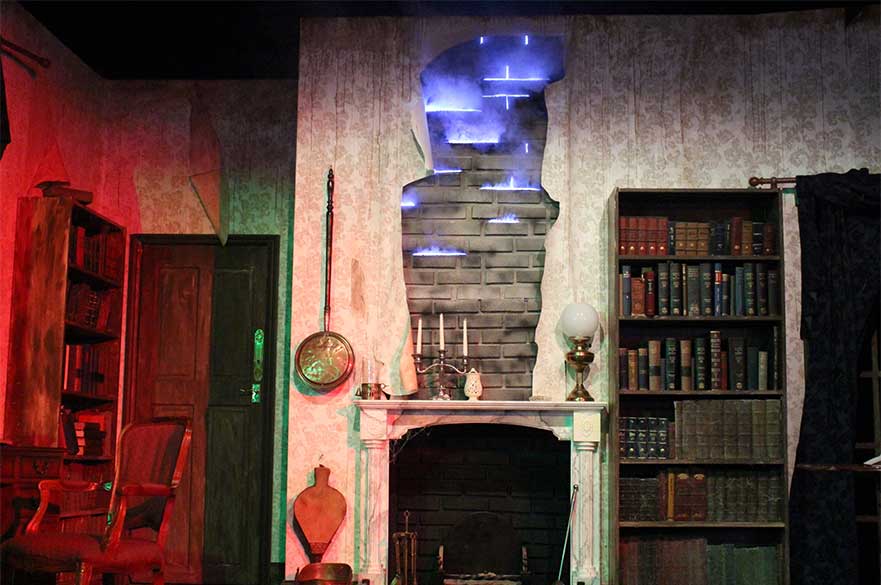 Theatre Design course leader Andrea Moneta explained a little more about the evolution of the partnership: “The Lace Market Theatre developed from two amateur dramatic societies founded in Nottingham in the 1920s; it continues to present non-professional drama to a high standard for its audiences, whilst providing opportunities for those with ambitions to work in the professional theatre. This year we have restored a collaboration with them for the realisation of one production, The Haunting, with the direction of Adam Goodchild.”

He continued: “Hannah was selected to be the set designer, and has had the chance to synthesise her learning to date with a mature professional level of autonomy, assuming responsibility for all design aspects of project responding to specific audience context.”

Lesley Brown, a member of the Board of Trustees of the Lace Market Theatre, was impressed by Hannah’s work, commenting: “I watched the dress/tech rehearsal on Wednesday and really enjoyed the play. I think the set and trickery was very atmospheric!”

A member of the audience tweeted: "The Haunting was just that, haunting. Some very intense acting and a very clever set. Great effort from all involved!"