A student on the BA (Hons) Costume Design and Making course at Nottingham Trent University has recently completed a work placement with Scottish Opera, the largest performing arts organisation in Scotland.

Jo Birkett, who is currently in her second year of study on the course, applied and was selected for the placement over the summer following her first year. Scottish Opera receive an incredibly high number of applications for their placements, resultantly recruiting through open auditions. Jo was one of fifteen shortlisted applicants, going on to impress the team enough to be awarded the opportunity.

Jo commented: “I was really excited to gain the placement with Scottish Opera. I was unsure whether to apply, as it is open to anyone in the country and I felt it might have been a long shot. However, with advice from my tutor I applied and gained an interview. The interview was in Glasgow so after flying there for the day, to find out I had been successful was fantastic.” 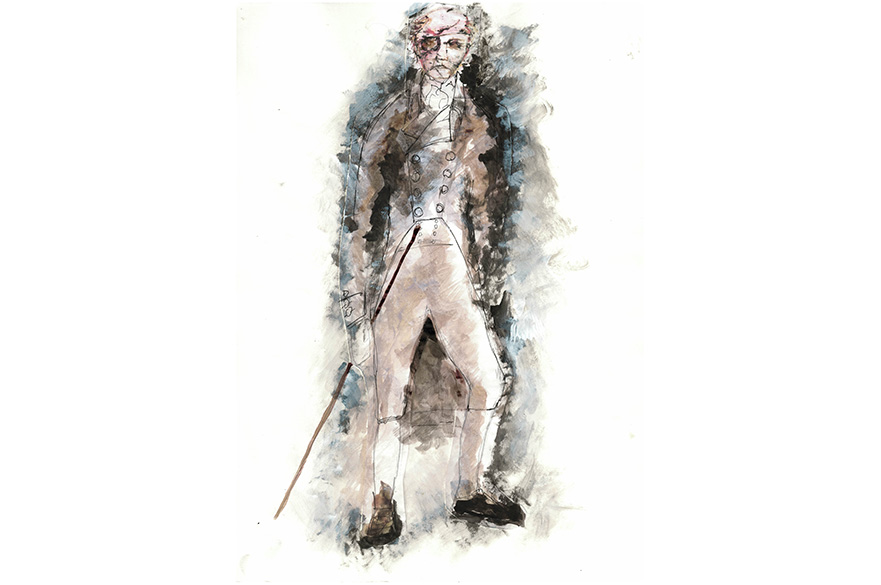 An example of Jo's project illustrations

She continued: "During my two weeks with Scottish Opera, the first was a tech week - which is the week leading up to the full dress rehearsal - for the revival of La traviata. This meant the department was very busy altering, repairing and recreating costumes. It was all very hands on and time-critical. I got involved in all aspects of the costume work, including altering corsets, repairing bustles and even assisting the chorus to dress for rehearsals. It was really exciting and a fantastic experience!"

John Liddell, Wardrobe Manager at Scottish Opera, described Jo as “the most impressive of all the interviewees.”

Gregory Smith, Lecturer on the Costume Design and Making Course, said: “Jo’s placements has been a huge success for her personally, for the course and by extension, Nottingham Trent University.”

Describing her experience on the Costume Design and Making course, Jo said: “All the course staff have been great, they are all interested and supportive of the students. Any communications are always promptly answered with appropriate advice or answers. I would recommend the course to anyone whatever age wanting to learn about costume design and making!”