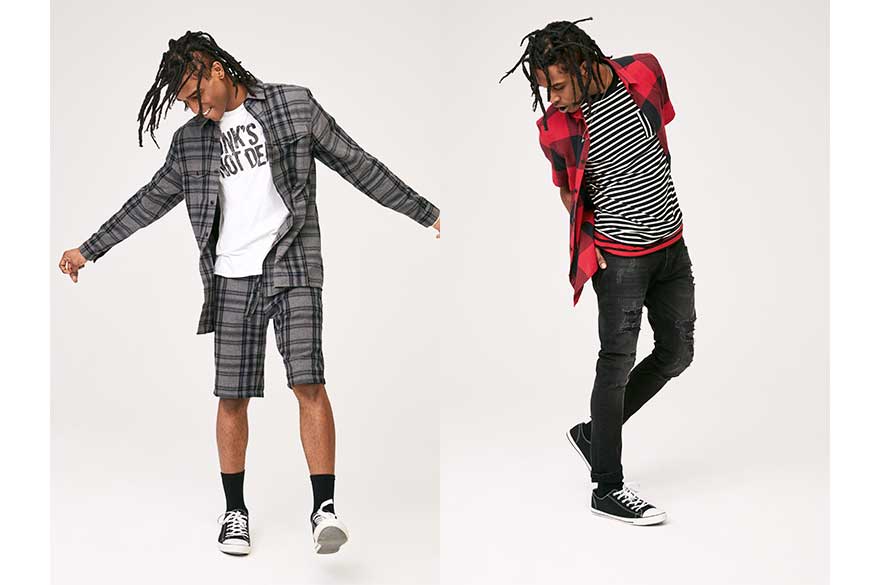 An alumna from our BA (Hons) Fashion Design course has been working on a menswear collection for Tu, the clothing line of British supermarket Sainsbury's. Amy Vanderwal was named winner of the Tu Menswear Scholarship at Graduate Fashion Week (GFW) in 2017, and has since been working at Tu’s head offices to transform her catwalk collection into a commercial range for the brand, which launches this month.

In addition to working with the designers at Tu, Amy has been mentored periodically by visionary menswear designer Oliver Spencer, as part of her scholarship award from GFW. Amy’s collection for Tu stems from her catwalk collection which she developed in her final year at NTU, which was showcased at GFW last year.

She was inspired by the anarchistic punk and hippie culture of the 1980s, and in particular a photography series by Iain McKell entitled ‘The New Gypsies’. Through working towards her impressive graduate collection, Amy developed an innovative approach to creating new masculine silhouettes. Her work pushes the perception of menswear forward from something other than just jeans and a t-shirt, which caught the eye of the judges on the GFW catwalk. Amy with Oliver Spencer at his London studio

She has since been working on turning her garments into a commercially viable and wearable collection, to resonate with the Tu customer. The monochrome base palette she developed has been carried throughout both the 12-piece SS18 range, and an AW18 range to be released later this year. Customers can expect to see electric blues and reds alongside clashing patterns such as plaids and pin stripes, accompanied by slogan t-shirts and distressed denim nodding to the rebellious nature of the era which inspired Amy.

We caught up with Amy on her year with Tu and Oliver Spencer. She told us: “Oliver Spencer is such a renowned name within the menswear industry, so to be lucky enough to have him as a mentor throughout this process has been incredibly valuable. He has such a wealth of knowledge and experience from directing his own brand, and his advice has been crucial in ensuring the repurposing of my catwalk collection into a commercial range is a success.”

She continued: “From working closely with Oliver’s design team at his London studio in preparation for his AW18 show at London Fashion Week, to working at Tu HQ alongside the designers, buyers, merchandisers, suppliers and marketing team, I have been able to gain a deep understanding of how the industry works, how much hard work and preparation is involved, and what a fast-paced environment it can be.” 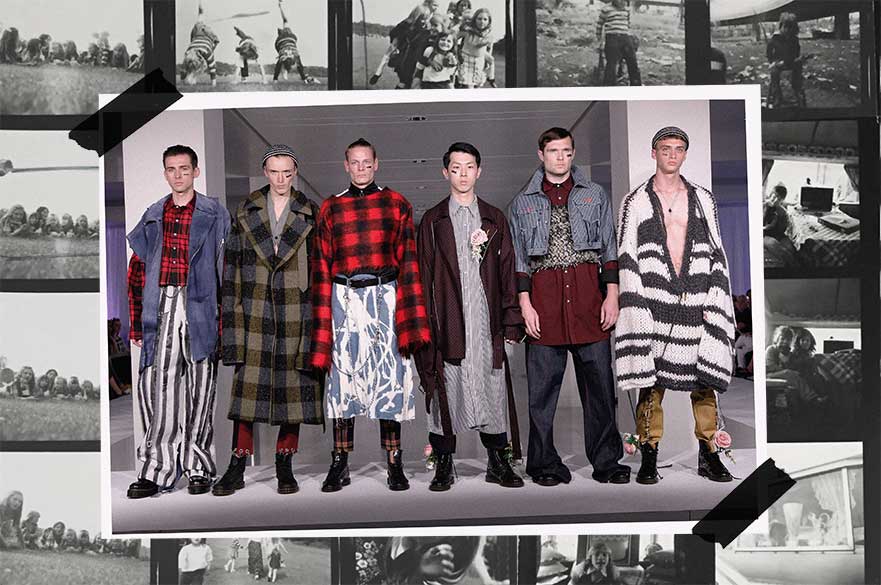 We then asked Amy what she has planned next. She said: “It is such an amazing thing to be able to say that you’ve graduated and launched your own collection under a massive retail giant, so I think the possibilities of where to go next will grow far and wide. I definitely see myself as a commercial designer and I think moving to London at the end of my scholarship is my next step, as there’s so much opportunity and creativity there!”

She added: “I think I would like to try out a lot of different areas within fashion to discover which role suits me best, but for the time being I’m just finding my feet and intend to continue to grow and learn as a menswear designer for many years to come.”

Finally we asked how her experience studying Fashion Design at NTU has supported her transition to life in the industry. She told us: “I can’t speak highly enough of NTU. I had the most amazing three years there and was surrounded by such an inspiring and dedicated group of people – both friends in the studio and the tutors also - I really couldn’t have pulled my collection together without that support system around me.”

The first instalment of Amy's collection launched on the Tu website in May this year, with the AW18 pieces dropping in October.