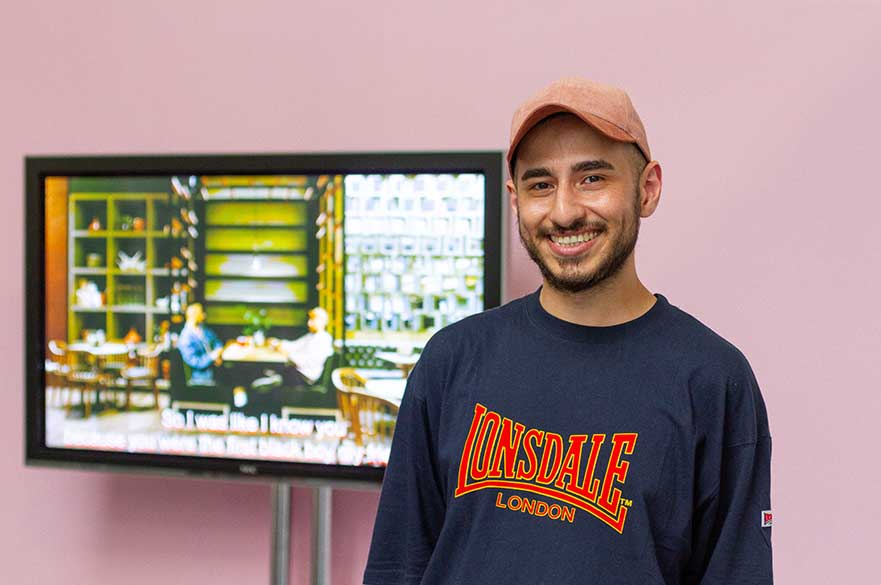 Agil with his work at the 2018 Degree Show

An international student in his final year of our BA (Hons) Fine Art course has been selected for Bloomberg New Contemporaries, an annual showcase of some of the best artists emerging from UK art schools. Agil Abdullayev has been selected as one of 57 artists to feature in an exhibition which will this year launch as part of the Liverpool Biennial in July.

New Contemporaries is the leading organisation in the UK which champions emergent talent, and supported by Bloomberg Philanthropies, annually showcases work by graduating art students through a touring exhibition. This year the judging panel comprised of artists Benedict Drew, Katy Moran and Keith Piper, himself an NTU Fine Art alumni.

Agil’s practice is predominantly video-based, and he works extensively on disseminating his content on social media platforms. He has shown his work in numerous solo and group shows, including at Tate Modern and the Moscow International Biennale for Young Art, as well as in local art spaces Primary and Surface Gallery. He has additionally taken part in online residencies, notably for renowned duo The White Pube.

On being selected, Agil told us: “I was really shocked when I found out, and I was smiling all day! But I’m really excited and honoured at the same time. I am looking forward to being part of the exhibition, it’s like waiting for Beyonce’s new album! I don’t know exactly what’s going to come off as being part of it, but I am sure that it will be something really great.” 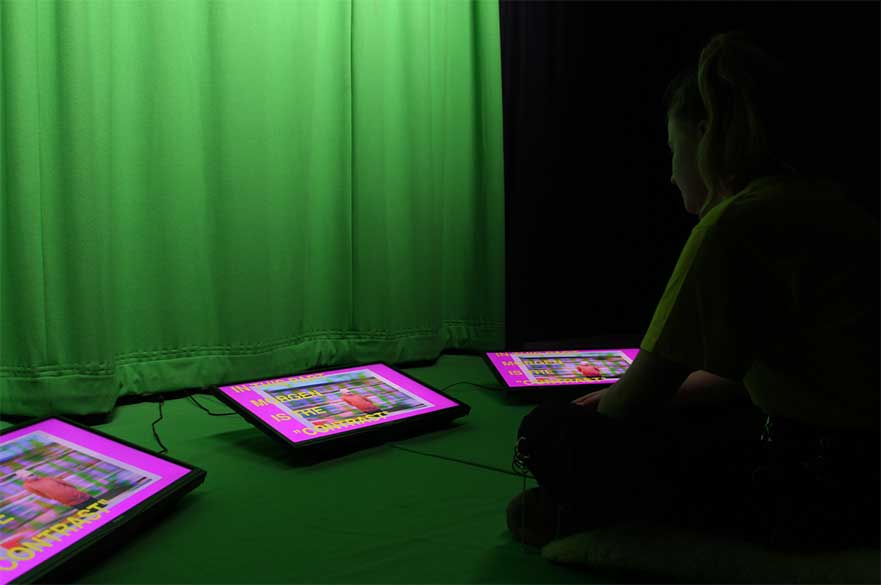 On his experience of studying Fine Art at NTU, Agil explained: “It was the best decision I ever made. The tutors and moving image technicians have helped me to improve my work in the best way possible, so much so that I could never have imagined my practice to be at this stage.”

He continued: “I came across NTU when I was looking for art universities abroad while I was back in Azerbaijan. Moving to the UK was such a big change; a huge culture shock. But my course mates and tutors gave me such a warm welcome, and have made it possible for me to enjoy the experience every day. The School of Art & Design became my second home.”

Fine Art final year course leader Emily Strange added: "I have every confidence that Agil is one to watch. He has been on a tremendous journey since moving to the UK, and I'm sure his profile will continue to accelerate given his success already on the course."

With Bloomberg's support of New Contemporaries now in its nineteenth year, the national touring exhibition in which Agil’s work will feature launches at Liverpool Biennial on 14 July, before travelling to South London Gallery in December this year.

Find out more about Agil’s work and Bloomberg New Contemporaries on their website.