North American student Arit Emmanuela Etukudo tells us what it was like to study in France for six months as part of her postgraduate degree. 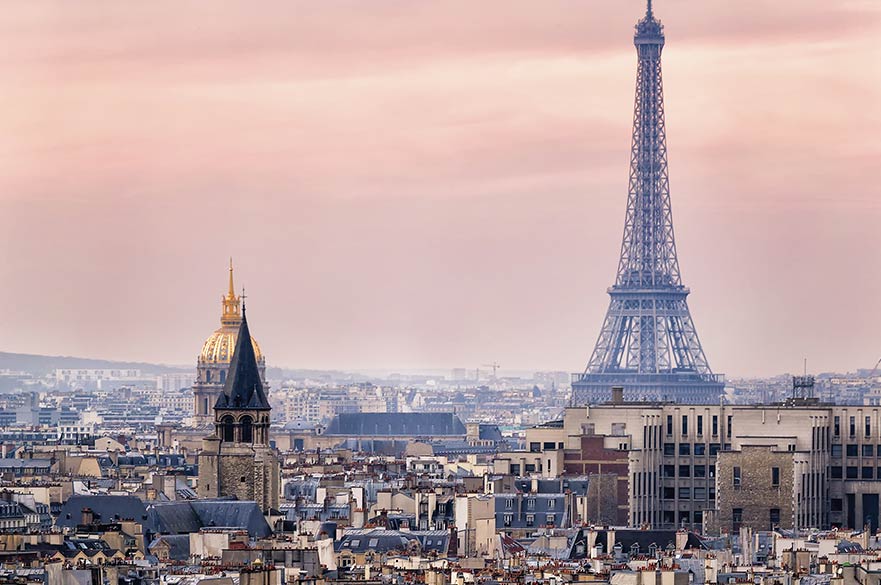 After graduating from a BA in Cinematic Arts in Maryland, USA, Arit decided to come to Nottingham Trent University (NTU) to pursue a postgraduate degree in Fine Art. Keen to broaden her horizons even further, Arit enrolled on an international exchange programme at École Supérieure des Beaux-Arts TALM in France.

She told us: “I spent half a year at École Supérieure des Beaux-Arts TALM in France on a third year art course. The course was very similar to the one I took at NTU, where it was mainly independent work, with some contact with tutors and technicians. 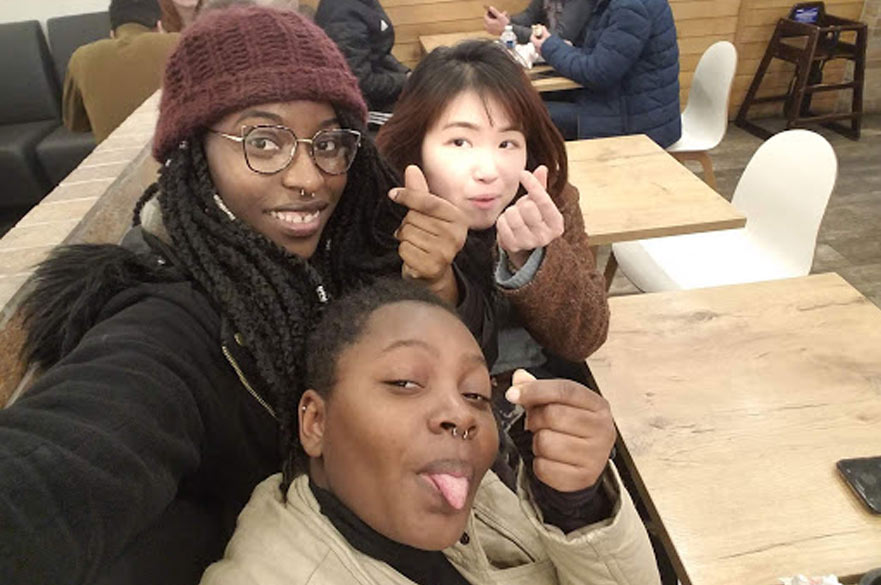 Arit Emmanuela (left) with her classmates in France

“I was able to make some friends while I was there, and go to some student parties and gatherings. Apart from that, I explored the city and travelled around France, and on other days, I stayed in and relaxed, listening to the city outside my window.”

She continued: “The highlight of my trip was when it came to exhibiting my work and getting feedback from the professors. It was nice to get an international perspective, and to see what ideas people of different nationalities had on my work.”

During her first year in England, Arit was part of three group exhibitions, including Aftermath at Nottingham Contemporary. Her work also expands to performance and spoken word pieces.

“The most valuable lesson I learned was that of surviving in a country where I was not fluent in the language, or familiar with the culture. I’d advise any exchange students not to be afraid to ask people, especially professors, to repeat themselves or speak more slowly,” she added.

Arit also recently published her debut book of poetry, You will be back, which features a gripping collection of stories based on her personal experiences.