A youthful outlook makes Nottingham a city always ready to try something new. Our open-minded attitude has nurtured and attracted some of the finest purveyors of food, entertainment and the arts. 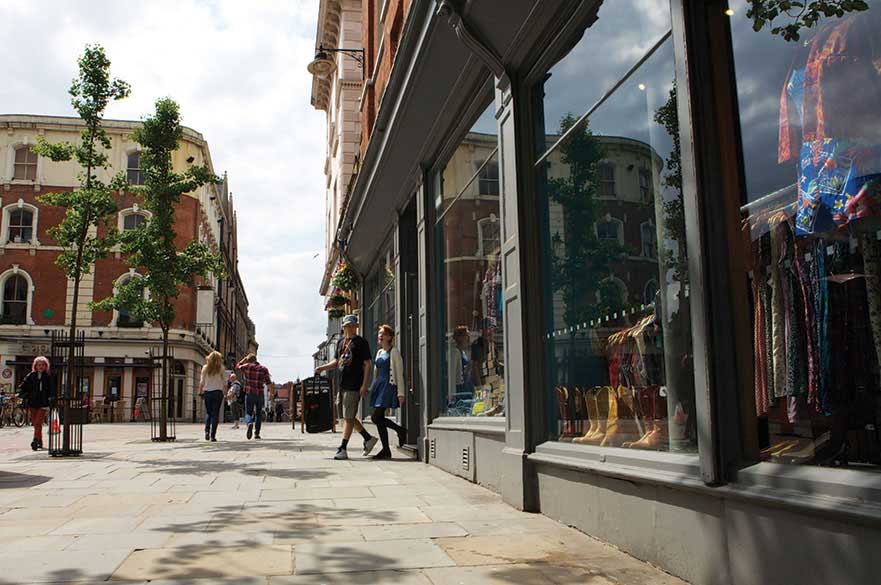 Nottingham is consistently ranked as one of the top shopping destinations in the UK. You'll find all the major high street names here, sitting alongside designer boutiques like Vivienne Westwood and Paul Smith. There are two shopping centres in the city centre – Broadmarsh and the Victoria Centre – as well as streets of high street favourites around Old Market Square and Hockley. 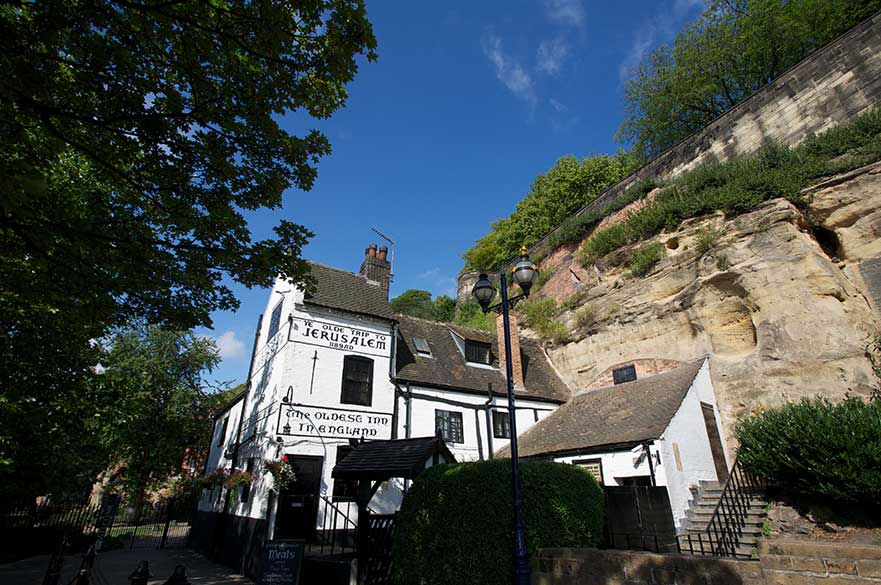 Ye Olde Trip to Jerusalem: widely considered the oldest pub in England, dating back to 1189 AD

If you need evidence we’re a city that loves variety and has truly multicultural tastes, look no further than TripAdvisor. Its list of Nottingham’s popular dining experiences inevitably includes traditional British pubs and restaurants, all offering affordable family-friendly meals including vegetarian, gluten-free and vegan options. Nottingham's pride and joy, Ye Olde Trip to Jerusalem, is widely considered the oldest pub in England, dating back to 1189 AD.

Drill down the online reviews and you’ll also find Indian, Asian, Polish, Italian, Greek, Mexican, Spanish, Bangladeshi and Caribbean offerings, at serving high-quality food at prices to suit all budgets. Highlights include Iberico World Tapas, which brings together the rustic simplicity of Spanish tapas together with the refined ingredients of world cooking, and World Service – which as its name suggests blends modern British cuisine along with influences from around the world. Looking for more upscale dining experiences? Consider a visit to Restaurant Sat Bains,  owned by the twice-Michelin starred chef of the same name, by a chef whose passion for fine dining has earned an international reputation. Fancy a grill? Marco Pierre White (again a three-time recipient of a Michelin star) runs a thriving restaurant here in the city centre.

Our Victoria Shopping Centre also demonstrates the cities entrepreneurial credentials, offering a 150-seater dining manned by local independent traders. The ethos of the market incubates and rotates small businesses throughout the course of the year, allowing the people of Nottingham to “eat global but dine local”.

It says a lot about our cities love of entrepreneurship and welcoming attitude that one of the best places in the UK to find authentic New England cuisine is Annie's Burger Shack. Born and bred in Rhode Island, Annie visited Nottingham as a tourist ten years ago, feel in love with the city, and has been running one of its most successful restaurants ever since. You’ll find Annie’s in the historic Lace Market area of the city. 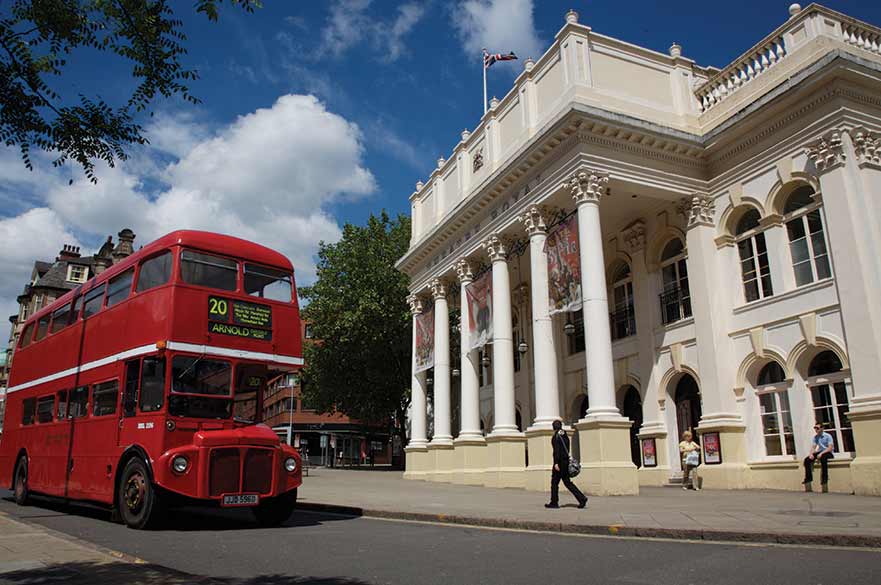 Theatregoers are well catered for in Nottingham. The Theatre Royal and Royal Concert Hall, the latter of which having a capacity of just under 2,500 patrons. There is something for all cultural tastes, with the hall becoming a leading venue on the worldwide touring circuit, regularly attracting world-class orchestras, rock bands, dance acts and solo artists – from Stevie Wonder to Motorhead.

As well as more sophisticated plays and performances, visitors to Nottingham’s Theatre Royal and Playhouse can also experience another great British tradition – the seasonal pantomime – in which families and children of all ages are entertained with songs, jokes, slapstick comedy and dancing. It has become a staple of Christmas entertainment year after year. 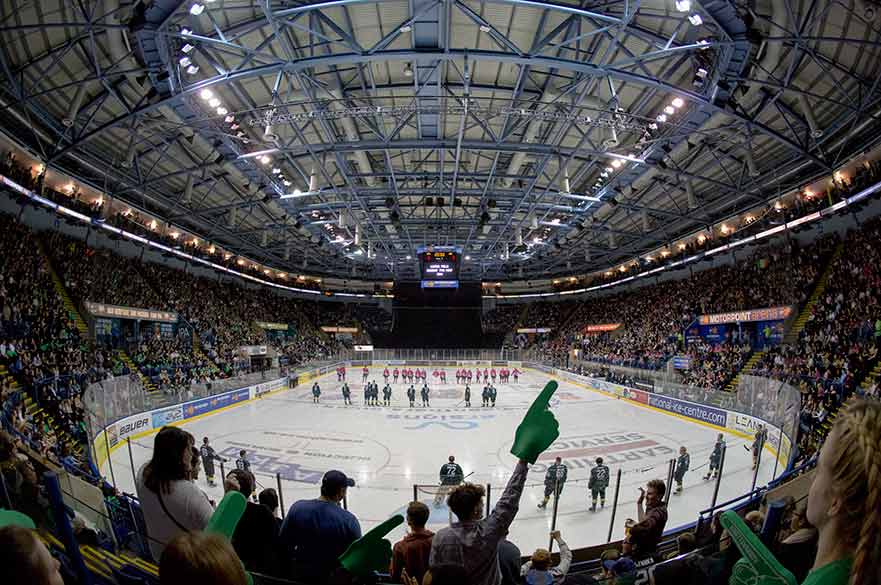 Nottingham’s famous Ice Stadium is the go-to venue if you want to practice your skating skills, and home to our highly successful ice hockey team, the Nottingham Panthers. If talk of ice skating and Nottingham is ringing bells for you, your memory serves you correctly.

Two of our most famous exports, Jayne Torvill and Christopher Dean, honed their talents her in the city and have repeatedly put Nottingham on the map. The two British ice dancers shot to fame in the Sarajevo 1984 Winter Olympics, winning gold and becoming the highest scoring figure skaters of all time (for a single programme) skating to Maurice Ravel's Boléro.

Interested in finding out more? Then check out Visit Nottingham for details on restaurants, entertainment or cultural sites.