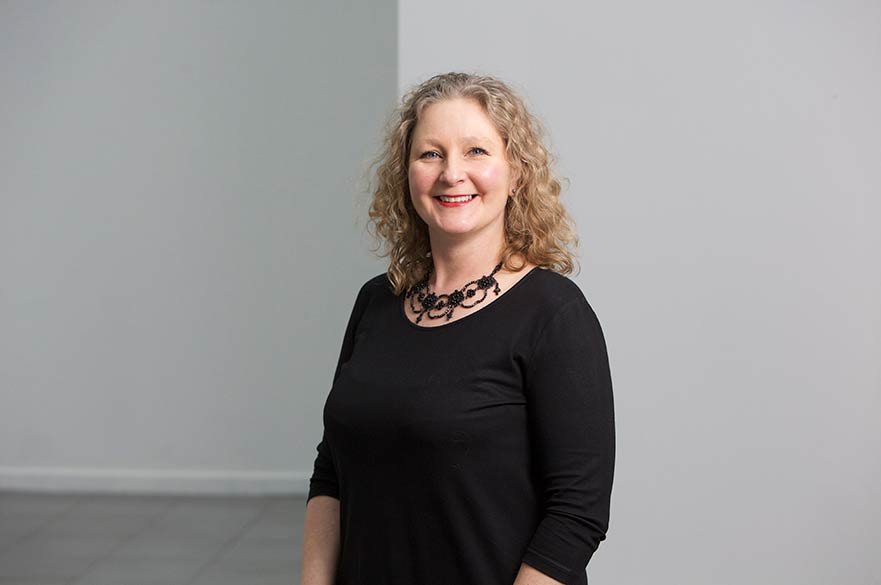 Debbie teaches across Year one and Year two in the BA (hons) Textile Design course specialising in embroidery, she delivers practical embroidery workshops in both hand and machine embroidery , embroidery CAD, tutorials, seminars, involved in assessment and is personal tutor to 2nd year embroidery students

Following her MA at the RCA (1990) Debbie started her own business as a designer maker selling embroidered garments and accessories through craft fairs, galleries, shops and a select clientele. She also worked as a freelance designer with a range of companies, designers and agents.

Debbie has been involved in teaching for many years Debbie has taught at many levels: adult education at summer schools/ day courses, workshops and lectures to the embroiderer’s guild, BA (hons) and MA students. It is something that she is extremely passionate about and was awarded the Beryl Dean Award for Teaching Excellence in 2015

Debbie's work has featured in a number of books and publications:, Applique Style by Juliet Bawden published by Cassell, “The Book of Waistcoats” by Jacqueline Farrell, published by Quarto Publishing plc, “The World of Embroidery”, Needlecraft Magazine, Country Living Magazine, The Independent on Sunday and The Independent Newspaper, Woman’s Hour- Interviewed by Corrine Julias 1993. She contributed text regarding sampler captions for Peter Blake – Alphabets, text by Mel Gooding, published by D3 Editions in 2010.

See all of Debbie Gonet's publications...