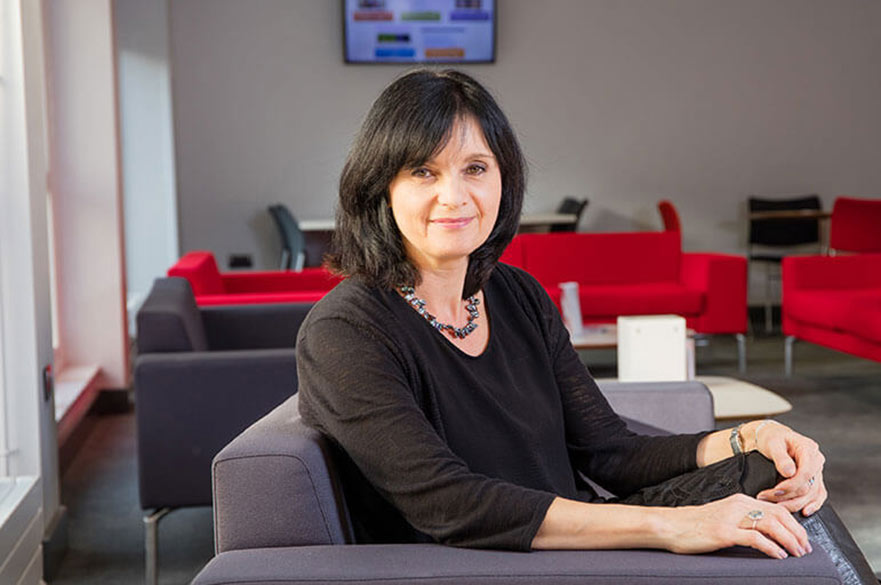 Jenny Chapman, LL.B. (Hons), LL.M., Solicitor, PFHEA, is the Executive Dean of Nottingham Law School (NLS), one of the UK's largest and most established law schools, and known for supporting students and legal professionals at every stage of their careers through the delivery of first-class teaching in outstanding facilities.

Jenny combines extensive senior academic experience with a legal practitioner background to provide strategic and academic leadership across NLS and the NLS Legal. Her role also encompasses contribution to the corporate leadership of NTU through active membership of the University Extended Executive Team.

Jenny is a Principal Fellow of the Higher Education Academy for her commitment to outstanding academic practice and a sustained and effective record of strategic teaching and learning developments with national impact. Jenny is also a Trustee of the National Justice Museum, sits on the Council of Nottinghamshire Law Society, and has worked with numerous legal regulators, legal service providers, educational and charitable organisations over the course of her career.

Jenny graduated from the University of Nottingham with an LLB (Hons), and did the postgraduate Law Society Finals Course (now the Legal Practice Course) at NTU before entering the legal profession. As a qualified solicitor Jenny specialised in personal injury and clinical negligence claims. In 1993 Jenny joined the academic staff of NLS to teach and develop the curriculum of the Legal Practice Course.

Since 2006 Jenny has been part of the NLS Senior Management Team and has played a key role in decision making and implementation in all aspects of strategic and operational development of the Law School. In 2012 Jenny was appointed the Associate Dean and in 2020 was appointed Executive Dean.

Jenny has led on significant and successful projects to develop and enhance NLS over many years, including the development of the NLS Legal. NTU was the first publicly funded university in the UK to create a teaching law firm under the Solicitors Regulation Authority Alternative Business Structure regulations, and the Centre has recovered over £4.5 million in compensation and benefits for clients over the last 5 years. NLS Legal has won multiple national awards for its commitment to providing access to justice, most recently both ABS of the Year and Paralegal of the Year at the Modern Law Awards 2020. Jenny oversees the development and management of the law firm, and has responsibility for the compliance aspects of the firm.

Jenny maintains an active research interest in the role of clinical legal education and the area of Alternative Business Structures and their place within a legal education environment.