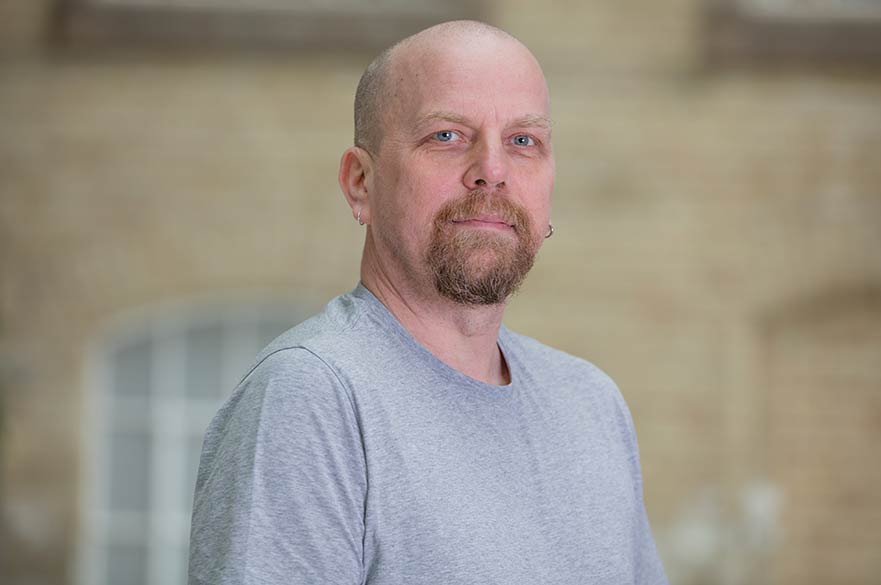 Head of Discovery and Digital Futures

Richard Cross leads the University library's Resource Discovery and Innovation Team, and is a member of the Management Team of NTU Library. His team is responsible for a range of metadata description and discovery services, all focused on making library resources easily discoverable by students and academics. He currently acts as lead technical expert for Library OneSearch, SFX and IRep, and is responsible for developing integrations between library discovery applications and other University services.

Richard joined the Library and Information Services of Nottingham Trent University in September 1996, working in a variety of frontline service roles. After serving a Project Officer in electronic resource development, he became an eServices Manager in Libraries and Learning Resources in 2005. He took up his current role, as Resource Discovery and Innovation Team Manager, in 2010.

Since completing his PhD in 2003, Richard has continued to research in the subject area of his doctoral research and has authored a range of publications on the history of the American, British and European left. Between 2009 and 2013 he was co-editor of: Twentieth Century Communism: a journal of international history.

He was the Chair of the Ex Libris User Group - United Kingdom and Ireland (EPUG-UKI) between 2010 and 2012. Before that he was joint chair of the SFX and MetaLib group of EPUG-UKI between 2008 and 2010.

Between 2007 and 2010, Richard was the Deputy Coordinator of the Verde Product Working Group of the International Group of Ex Libris Users.

Whilst at Nottingham Trent University, Richard has worked on a number of JISC-funded projects. He has also provided consultancy software training for Ex Libris. He has worked in a variety of capacities within user group communities for Talis Aspire, Ex Libris and RefWorks. Several extensions to library software applications developed by Richard are in use at a number of universities in the UK and beyond.

Recent conference presentations and reports include:

See all of Richard Cross's publications...