Diane is an Office Manager in the Centre for Student and Community Engagement.

“I didn’t want to leave Nottingham Trent University completely, but I felt that it was time to change the balance of my life.” In light of the retirement age having been pushed back to sixty-six, Diane felt she wanted to consider changing her working patterns from full-time to part-time.  In April 2019 Diane reduced her hours to two days a week as part of the University’s flexible retirement policy.

“I still want to have a working life and engage with the work of the University, I have accumulated a lot of experience over my time here and I wanted that to continue.” Her new working pattern strikes a great balance between her personal life, giving her more leisure time, and being able to continue her role within Nottingham Trent University. Moving from full-time work to part-time and keeping part of her role has allowed Diane to maintain her confidence in an area that she knows and enjoys within the Centre for Student and Community Engagement.

My job allows me to feel part of the University and, through the Department’s work, the community as well. I didn’t want to lose that sense of belonging and part of my identity. 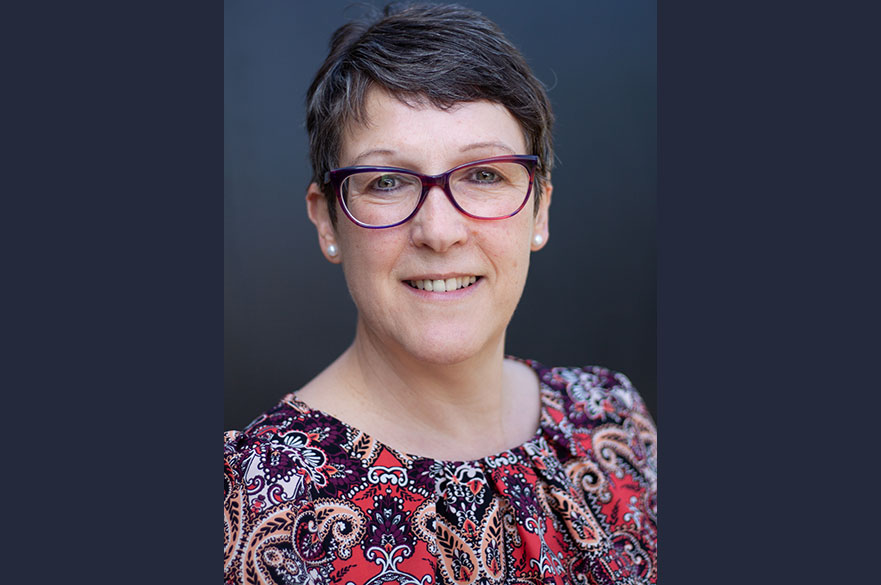 “When I come in for my two days my knowledge of my role and the University means that I can slot right back in – I know how things work.” After discussions with her Line Manager Diane was able to keep an element of what was involved in her previous full-time position, whilst responsibilities for other aspects of the role have been shared by another member of the team and a new part-time position, allowing development opportunities for others in the department.

Diane feels that giving everyone a long lead in time to get used to the change is one of the key elements for it to be successful. “I approached my Line Manager with the idea in plenty of time. After we had worked out a plan we then, after agreement with HR, let everyone know with three months’ notice. It gave the team time to get used to it. The more time put into the planning process makes it simpler when you start the new hours.” It’s important to work out what is appropriate for the new part-time hours - Diane approached her Line Manager only once she’d carefully considered which of her previous responsibilities she could successfully deliver on within the new reduced hours – they then discussed which of these elements would work best for Diane and for the department.

As well as working out which elements of the role were suitable for flexible retirement, Diane also had to look at the financial implications. “You’re giving up a full-time salary and this also has pensions implications, I’ve had to forfeit several years’ worth of pension to take flexible retirement at this time”. Diane was proactive from the start and discussed the idea of flexible retirement with pension advisors before approaching her Line Manager. She wanted to know that it was a viable option for her before discussions with the Department began.

Since starting flexible retirement Diane has been able to juggle work and home life in a more relaxed way.

It’s given me freedom to travel, spend more time with family and to pursue the things I enjoy at home. I feel more recharged when I come to work, I really look forward to it and seeing my colleagues.