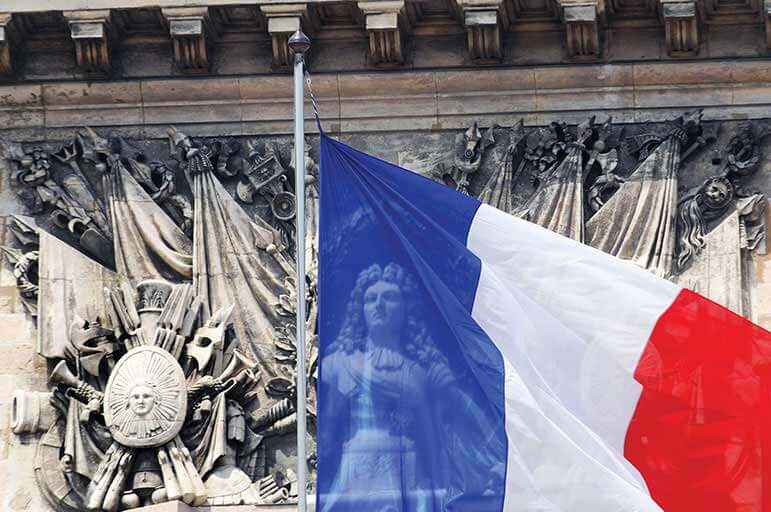 The French research unit is located within the College of Art, Architecture, Design and Humanities, and is part of the department of History, Languages and Global Cultures within the School of Arts and Humanities. Staff specialise in contemporary politics, culture, philosophy, literature and society, with extensive synergies between researchers. Research is organised under the umbrella of the research centre ReFrance: Centre for the Study of Contemporary France.

As its title suggests, its remit extends beyond traditional 'French Studies' parameters, in that it provides a reference point for external engagement with France today – a country grappling with reform, reconsideration, reinvention in balance with tradition, Republican values and resistances.

Research in D26 centres on the production of knowledge to better society. ReFrance focuses on the processes of cultural change, political debates, social trends and tendencies, activisms, struggles and everyday contexts that inform contemporary France. We have a track record of success increasing steadily since first participation in 1996 RAE, a unit with a clear identity and a national and international reputation; the coherence of the group derives from the contemporary focus of our research.

The centre is founded specifically within the key areas of cultural and socio-political developments, cinema studies and gender studies, yet is strongly informed by multi- and interdisciplinarity, seeking new forms of synergy between researchers, disciplines, and outcomes. The centre aims to organise research seminars and workshops, to facilitate capture of external grants, and to be a focal point for postgraduate students.

The results of the 2014 Research Assessment Exercise found that:

We have developed a project on 'The Crisis in France', with a website which provides a space for continued debate, discussion and collaboration. Our group is strongly informed by multidisciplinarity, seeking new forms of synergy between researchers and disciplines, as can be seen, for example, in the political, cultural, sociological, philosophical contributions and responses to the Crisis website.

Website on France and the Crisis. The site comes out of the annual conference of the Association for the Study of Modern and Contemporary France organised at Nottingham Trent University (NTU) in September 2010. It aims to make some of the discussions that took place at the conference available to a wider audience and to provide an ongoing forum for the exchange of information about, and discussion of, the crisis and French responses to it. The site has blogs, video material, discussion papers, recommended links and suggested reading. It is aimed at academics and their students, school teachers keen to update their knowledge of contemporary France, and a wider public interested in French responses to the crisis.

One of the projects is based, in part, on memory work, recovery work, and social welfare. Reinstating forgotten countries such as Northern Ireland into collective European memories, recovering the memory of an event, using a public museum for a range of public-facing activities. A second project on Gender Equality Policy in Practice aims to be at the cutting edge of co-production of knowledge for end-users, working with government ministries. Policy briefs and professional training are part of the public-facing activities.

Recovering the Memory of Northern Ireland’s 1968
1968 is widely recognised as a year that saw great upheaval, with governments around the world faced with a tide of insurrection; one such country was Northern Ireland (NI). This ambitious project seeks to reinstate Northern Ireland into the collective memory of Europe's 1968 using an innovative temporary exhibition at the Ulster Museum as the focal point for a range of public-facing activities

Gender and Politics
The focus of the research is on the co-production of knowledge from the outset, and engaging with potential end-users from the research design stage. The French ministry for women’s rights has been fully involved in the research design for the case studies included in the international comparative research project on Gender Equality Policy in Practice (GEPP), and policy briefs and professional training have been worked into the project design.

Postcards from the Bagne
Focusing on recent restoration and conservation initiatives at colonial penal settlements [bagne] in French Guiana and New Caledonia, this project looks at the tensions in remembering incarceration. This is important in the context of global commentary on incarceration as the dominant form of punishment since the 19th Century. In turn this allows us to explore how a multi-site approach to penal tourism might produce greater understanding of the role of incarceration and its impact upon community cohesion both within the territories and for those visiting from outside. This research has been awarded an AHRC early career leadership fellowship.

Opportunities arise to carry out postgraduate research towards an MPhil / PhD in the areas identified below. Further information may be obtained on the NTU Research Degrees website.

French at Nottingham Trent University is inviting applications from students whose research interests include:

The French research team at NTU:

Associate members of ReFrance from within NTU:

There are many instances of collaborations with partners both in the UK, in Europe and Worldwide:

Allwood is part of the Gender Equality Policy in Practice research programme, led by Professor Joni Lovenduski (Birkbeck College, University of London) and Professor Amy Mazur (Washington State University). Collaboration with Khursheed Wadia, University of Warwick). Allwood is also consultant for the Brussels-based confederation of international development NGOs, CONCORD, which represents 2,600 NGOs throughout Europe. Finally, she is also a Co-Investigator in an international research project funded by the Canadian Social Science and Humanities Research Council (SSHRC) on the ‘(In)Visibility of Gender in the European Union’, led by Professor Heather MacRae (York University, Toronto) and Professor Elaine Weiner (McGill University, Montreal). Boulé collaborates with the University of Rikkyo, Japan, and the University of Montreal, Canada. Fuggle is collaborating with established stakeholders in French Guiana, New Caledonia, Vietnam and mainland France including CIAP in Saint Laurent du Maroni, the Ton Duc Thang Museum in Ho Chi Minh City and the Musée Balaguier in France. Fuggle has also begun to develop links with researchers based in Ho Chi Minh City and is collaborating with Charles Forsdick (Liverpool) and Maryse Tennant (Canterbury Christ Church)) and Vietnamese researchers (Kim Phung Dang, Thi Mai Le and Loan Thuy Bui (TDT)) to carry out a scoping visit to the Con Dao archipelago that once housed the French colonial prison (Poulo-Condore). McCaffrey and Boulé collaborate with the University of Verona. McCaffrey collaborates on a project on the French Medical Humanities (disability studies, ecopoetics, neuro humanities) with colleagues from the Universities of Kent, Queen’s Belfast, King’s College and Zurich. Other European collaborations include O’Shaughnessy’s cooperation with many European partners: Universities of Graz, Salamanca, Maynooth, Upsala, Valladolid, Spanish Open University (UNED). O’Shaughnessy is developing a syllabus and MOOC (Erasmus+ scheme) to use cinema to change attitudes towards migrants and refugees in the context of a project centred on hospitality. Reynolds has an ongoing project with the National Ulster Museum. He has collaborated with The Derry Nerve Centre and the CCEA (national curriculum of Northern Ireland).

We offer consultancies in:

NTU is part of the AHRC Midlands4Cities Doctoral Training Partnership, which provides funding for PhD research in the Arts and Humanities. View further details about this funding scheme.