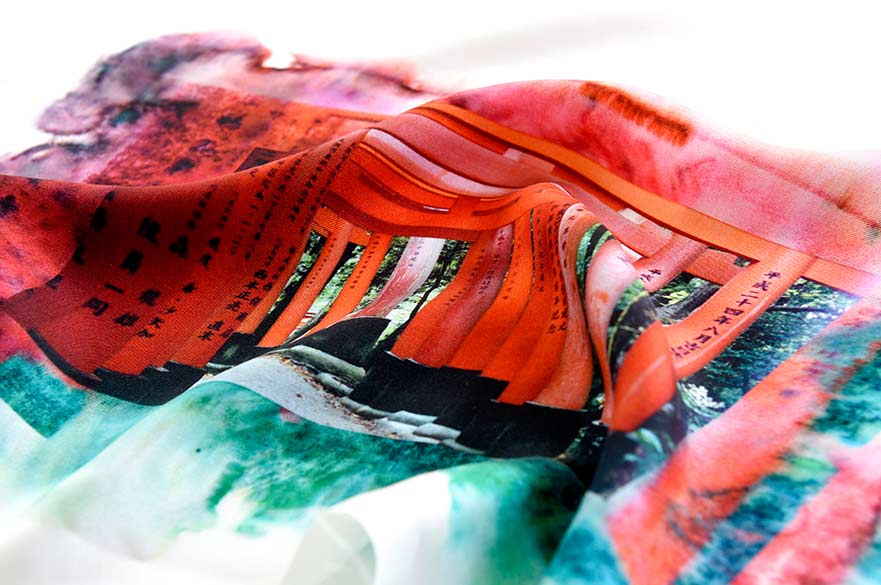 Global Cultures of Textiles and Dress

The Global Cultures of Textiles and Dress (GCTD) Group aims to promote research in textiles and dress that addresses a wide range of critical and practice-based themes. Textiles and dress are part of daily human experience and yet their familiarity belies complex social, cultural and historical circumstances. Bearing this in mind, a major focus of the GCTD Group’s work is to explore the significance and meaning of textiles and dress across cultures and time, and to contextualise them as potent aspects of material and visual culture.

Research underway covers a range of social and cultural contexts, historical periods and technologies, covering handmade production – craft – as well as industrial manufacture. Working with academic partners and others from industry, cultural institutions, designers, craftspeople and entrepreneurs, the GCTD Group has established research collaborations at local, national and international level, producing innovative research of lasting significance that is socially meaningful.

The GCTD Group offers a range of expertise across global cultures of textiles, dress and craft, with a particular strength in research in South Asia and India, also the British domestic interior. An extensive network of research collaborators has been developed in South Asia, notably India, that embraces practitioners, cultural organisations, educational institutions, non-governmental organisations (NGOs) and industry. Another strength of the Group is curation. GTCD members have long-established working relations with museums and galleries in the UK and abroad and their research has been disseminated through exhibitions at local, national and international level.

Dr Eiluned Edwards has been researching global cultures of textiles, dress and crafts since the mid-1980s. She has been working in South Asia, primarily India, since 1991 and has longstanding working relationships with craftspeople, entrepreneurs and merchants, museums and NGOs throughout the subcontinent. Her PhD (University of Manchester, 2000) analysed the impact of social change in India since 1947 reflected in the textiles and dress of Rabari nomads in Kachchh district, Gujarat. Her current research focuses on the craft of block printing in India and explores how cultural heritage has been managed in tandem with economic development. Her currently working on a project about block printed textiles in India, collaborating with block-printers, national/state-level agencies, NGOs, museums in the subcontinent and entrepreneurs in India and overseas.

Dr Emma Ferry has conducted extensive research on the 19th century domestic interior in Britain, exploring the role of women in interior design of the late Victorian period. Her PhD (Kingston University, 2004) examined the production, publication and historiography of the ‘Art at Home Series’; a collection of twelve illustrated advice manuals published in Britain by Macmillan & Co., 1876-83. Her research also illuminates craft production during the period of the Arts and Crafts Movement in Britain, covering the work of William Morris and his associates. She is an Associate Researcher at the Modern Interiors Research Centre (MIRC) at Kingston University.

Brothers Dr Ismail Mohammad Khatri, Abduljabbar Mohammad Khatri and Abdulrazzak Khatri are hereditary craftsmen – block printers of international repute. They specialise in the use of natural dyes and are collaborating with Dr Eiluned Edwards and colleagues at NTU on publications, workshops and an exhibition.

Ritu Sethi – Founder and Chairperson of the Craft Revival Trust, India. CRT is an NGO based in New Delhi which has developed an online directory of South Asian crafts and craftspeople, and has also established INCH, the Intangible Cultural Heritage, an online encyclopedia. Ritu has been collaborating with NTU on the ‘Imprints of Culture’ project led by Dr Eiluned Edwards.

In press and forthcoming:
Book chapters:

The GCTD Group has access to the full range of facilities available at NTU, including a well-resourced library, extensive workshop space for those interested in practice-based research, and at the city site, Bonington Gallery. It has a good working relationship with regional museums and galleries, also national institutions, including the V&A and the Horniman Museum in London, and the Modern Interior Research Centre at Kingston University.

Its international links include the Textile Research Centre at Leiden in The Netherlands, Galerie Handwerk in Munich and the TAPI Collection, Surat, India. NTU is one of the leading centres of design education in the UK. Its courses enjoy an international reputation for quality and the consequent employability of its graduates and postgraduates is sustained by excellent links to the creative industries. Nottingham itself has a substantial textiles/fashion heritage and is the cultural centre of the East Midlands, providing a stimulating and vibrant environment for postgraduate study.