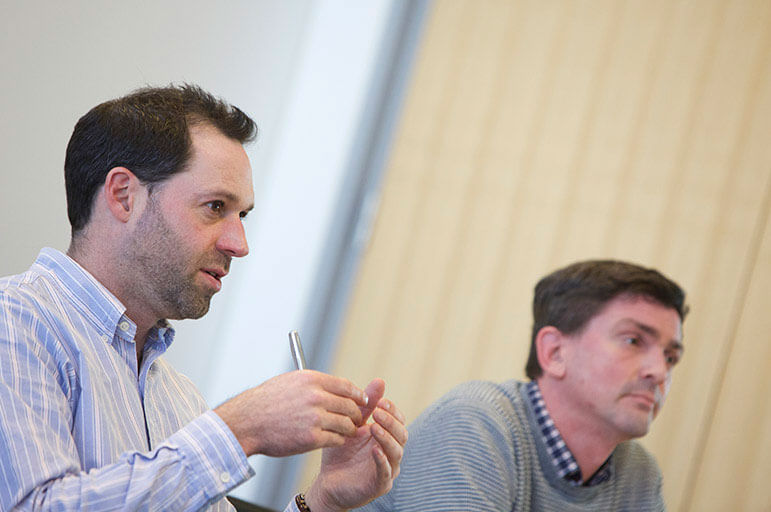 This project involves a review of that literature. In many respects, it presents an update of the book: N. Edley & M. Wetherell (1995) Men in Perspective: Practice, Power and Identity. Hemel Hempstead: Prentice Hall / Harvester Wheatsheaf. This should culminate in a book published by Routledge. It aims to provide a broad review of social science and humanities approaches to men and masculinity – but, editorially speaking, all seen through the lens of discourse theory.

It's a quirk of history that the 'turn to discourse' occurred at roughly the same time that academic eyes turned to men and masculinity. As a consequence, a good deal of the existing work on men and masculinity treats them as a constructed reality; 'accomplished' in the hurly-burly of everyday life.

One of the main research aims for Dr Edley's was to look at masculinity as a discursive accomplishment and to try to illustrate how shifts in the meaning of masculinity relate to broader social, political and economic changes in western society. At the same time, he looked to advance a more synthetic (or dialectical) understanding of the relationship between language / discourse and the speaking subject, showing how discourse serves both as a set of resources for routine social interaction and to structure popular consciousness.

Subsequently, Dr Edley became active in both theoretical and methodological debates surrounding discursive psychology. In part, this involves attempts to defend an ontological sense of social construction. It is also manifest in the critique of those writers who seek to combine discourse and psychoanalytic theories into a unified understanding of human identity.