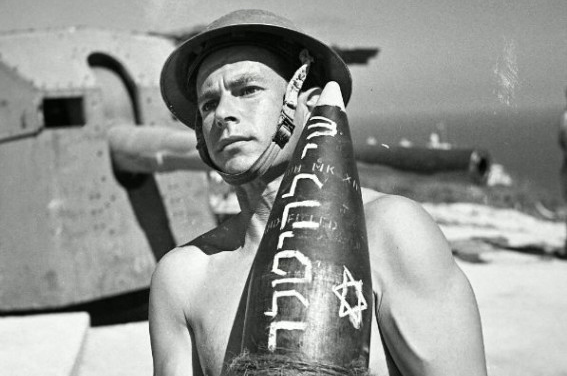 The Jewish Brigade Group and Italy: A political and historiographical quarrel, its impact on society, and what the historian can do about it

The topic of the use and abuse of history has emerged in recent years as one of history’s new frontiers. The rewriting of the past in order to justify the present is not a practice confined to dictatorships. Italy, in particular, is a democracy where journalists, politicians, and pressure groups have often promoted polemical readings of the past, having partisan objectives in mind.

The research contributes to an understanding of how tendentious or partial interpretations of the past make their way into society and impact on it. It does so by analysing a case study: the emergence, in Italy, of the controversy surrounding the history of Jewish Brigade Group (JBG), a British military unit stationed in Italy during WWII. The article shows how the emergence of the literature about the JBG at the end of the 1990s produced contrasting interpretations about the part played by both the Jews and Arabs of Palestine during WWII.

This resulted in a political quarrel which eventually had as a consequence a disconcerting split within the Italian anti-Fascist front. The article aims to contribute to the resolution of this crisis by reaffirming the role of professional historians vis-à-vis the public and political use of history displayed by the protagonists of the 25 April dispute.

In 2004, the Jewish Brigade Group (JBG), a British military unit of Jewish soldiers recruited in Palestine and stationed in Italy in WWII, became the rallying point for the Jewish Community of Rome at the 25 April parade, Italy Liberation Day. Having resurfaced due to a revival in popular literature about the group, its insignia, which are virtually identical to the Israeli flag, appeared in the parade.

This provoked outcry from left-wing pro-Palestinian groups and has continued to cause controversy every year since.The controversy surrounding the history of Jewish Brigade Group has provoked a painful and disorientating split within the Italian anti-Fascism front, which seems today an established and irreversible fact. This occurs in an historical moment when right-wing and neo-Fascist groups are on the rise in the country. This project aims to impact on the 25 April quarrel and contribute to the resolution of the controversy.

I am writing a journal articles summarising the findings of one week research in The National Archives, Kew. By analysing the claims and theses of the publications on the JBG with archival evidence (documents concerning the establishment, ethnic composition, deployment and disbandment of both the JBG and the PR stored at The National Archives and the Imperial War Museum), the article will assess the effective contribution to the Allied war effort by both Jews and Arabs of Palestine, and will therefore conclusively establish if and to what extent this has been misrepresented by the JBG literature. The article emphasises the impact of history on day-to-day political debate.

Long-term aims of this project I intend to pursue following biddings for grant application are:

In this project, I research archival evidence concerning the JBG and the Palestine Regiment (PR). A resultant article discusses the polemical character of the texts on the JBG, and address the 25 April dispute as a case study of the uses and abuses on history in the political arena.