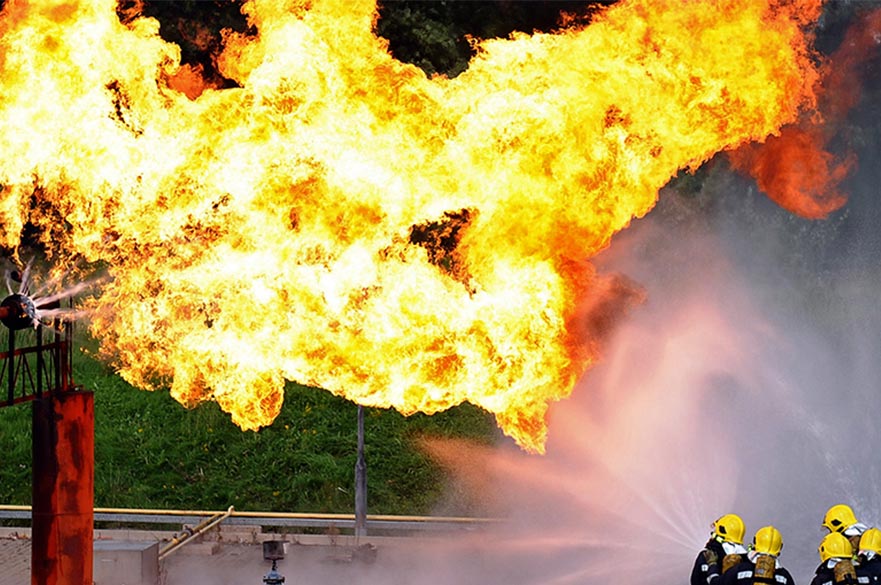 From Buildings to People: A New Regulatory Regime for Fire and Rescue Services

Research by Peter Murphy and his team has demonstrated the benefits of a new people-centred approach to risk assessment, supported by evidence-led performance management data for the Fire and Rescue Services. The new Fire and Rescue National Framework for England, published in July 2012, was based around these twin principles developed at NTU.

New frameworks for Scotland, Wales, Northern Ireland and the Republic of Ireland followed England's lead, demonstrating the far-reaching impact of the research.

Impact is also evident at a local level, where all local services adopted the new approach and Nottinghamshire Fire & Rescue Service commissioned Murphy and Greenhalgh to assist the re-configuration of its emergency cover on the new approach.

In June 2010, the UK government announced a strategic review of the Fire and Rescue National Framework for England. Nottingham Business School commissioned Murphy, Joyce Liddle and Kirsten Greenhalgh to analyse and evaluate the national framework, particularly arrangements for scrutiny in terms of performance data.

The approach to risk management recommended by the researchers was:

In 2005-06, Greenhalgh, carrying out research with Harrison of Loughborough University, found that the introduction of national performance indicators had helped to deliver improvements in the Fire and Rescue Service but the available performance data was inadequate to facilitate future improvement.

In 2009, Murphy joined Nottingham Business School from the Department of Communities and Local Government, where had worked extensively on performance management and emergency planning. From 2009-11, Murphy, Greenhalgh and Dan Wheatley contributed to a Knowledge Transfer Partnership (KTP) with Nottinghamshire Fire and Rescue Service to evaluate the effectiveness of community safety activities in reducing risk. The findings identified weaknesses in local and national performance data that prevented the development of robust and detailed risk profiles for local communities.

The NBS research has facilitated the efficient and effective introduction of this new people-centered, evidence-led approach to risk assessment and the consequential service reconfiguration. It has reviewed the strategic positioning of the IRMP in the National Framework for Fire and Rescue Services and its implementation at the local service level in Nottinghamshire and elsewhere.

The research looks at the impact of the national framework on the management of fire and rescue services and compares it to other public sector performance regimes. It not only critically appraises existing systems but demonstrates how they can be improved and how they can learn from each other.

+44 (0)115 941 8418
Also in Impact
Sous les Pavés The Troubles: Recovering Memory of Northern Ireland's 1968 EU Security Policy Entrepreneurship in the Informal Economy Development and Implementation of UN’s Women, Peace and Security Policies in Central and Eastern Europe Young People, Voting and Political Engagement A Series of Illiberal Events: The State of Politics in Turkey Seeing the Light - The Science of Colour in Art