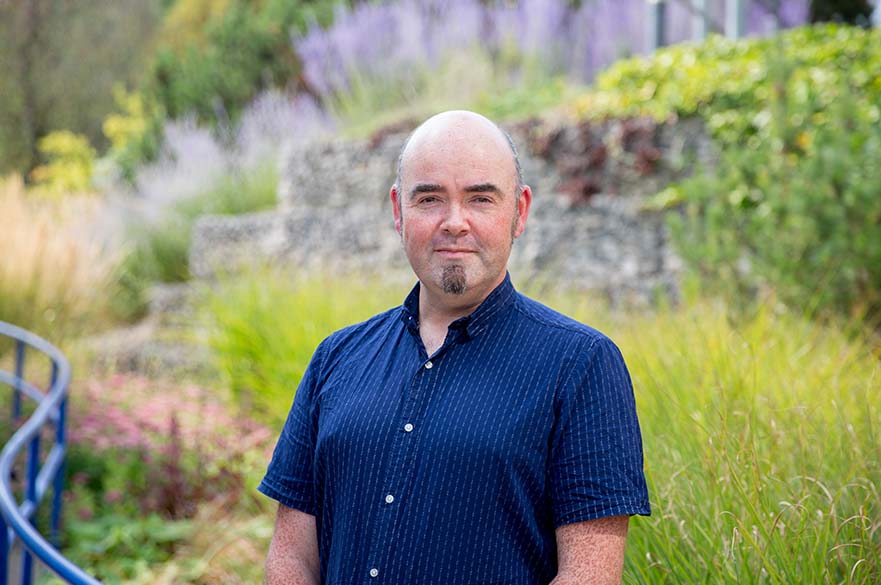 Dr Martin is a lecturer for the Animal Biology and Zoo Biology undergraduate courses. He is currently the module leader for Biological Basis of Behaviour, Introduction to Zoology, Animal Project and Research Skills.  He is also a supervisor for both undergraduate and postgraduate students.

Dr. Martin completed a degree in Environmental Science at Manchester Metropolitan University (MMU) and moved to New Zealand where he worked as a researcher at Massey University in the department of ecology. Whilst there he worked on broad range of ecological / conservation projects which focused on an array of animal models. Upon returning to the UK he took a post as displays manager at the Sea Life Centre before starting a PhD which focussed on the interaction of pest-predators and pesticides in arable crop systems at MMU.

Dr. Martin is primarily a behavioural ecologist with experience in a wide range of animal models, particularly invertebrates. Of particular interest is the assessment of extended phenotypes in arachnids and the biological control potential of beneficial invertebrates.

Alongside this, he has developed further research interests, including animal and equine biomechanics; where he co-developed a suite of tests that assess how an artificial surface might affect an equine athlete.  Alongside these biomechanical tests he has co-developed the terminology to define the functional properties of synthetic sand-based surfaces used for racetracks and arenas.   Jaime co-led a two-year consultancy project to develop the equestrian surfaces used for the London Olympic Games. This led to the development of a consultancy group, Research and Consultancy in Equine Surfaces (RACES) that now consists of a collaboration between Nottingham Trent University and colleagues from The University of Central Lancashire and Myerscough College.

These tests were used to assess the equestrian arenas at the London 2012 and Rio 2016 Olympic games and will due to be further used at Tokyo 2020.

His current key research interests are:

Jaime is a regular reviewer for the Equine Veterinary Journal