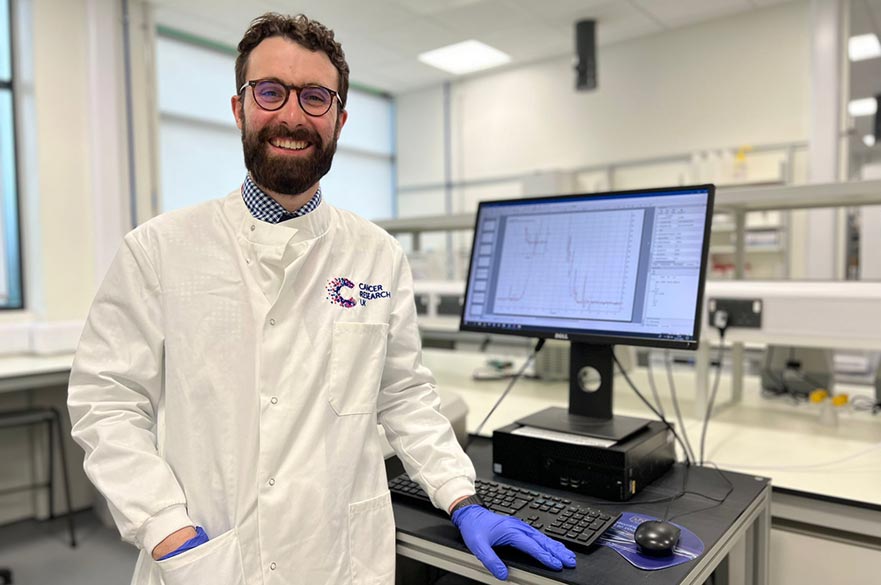 Professor Philippe B. Wilson is a Professor of One Health at Nottingham Trent University.

Farming cattle, sheep and poultry from an early age in Somerset, Philippe quickly developed an interest in native livestock. He obtained a Masters in Chemistry with First Class Honours from the University of Bath in 2014, and went on to carry out a PhD in Bath under the supervision of Professor Ian H. Williams, completing this in 2016. He is a Fellow of the Higher Education Academy and completed a Postgraduate Certificate in Learning and Teaching in Higher Education in 2018.

He is now a Professor of One Health at NTU as well as being appointed as Chief Scientific Officer at Willows Health under NHS Leicestershire. He has already received numerous international awards in recognition of his multidisciplinary approaches to analytical science: he was named by the prestigious Forbes Magazine in their 30under30 listing for Science and Healthcare in 2018, awarded the Royal Society of Chemistry Joseph Black Medal for his research and pedagogy in analytical chemistry in 2019, and was named as one of the top 118 young chemists in the world by IUPAC in their 2019 Periodic Table of Younger Chemists, being named as the element Krypton.

The group employs the computational and practical techniques in studies of the metabolome, proteome and genome in humans and animals. Philippe’s research group were the first to carry out metabolomic analyses on low field, benchtop NMR spectrometers and his works remain the pioneering papers in this nascent field. Furthermore, he has gained funding from Cancer Research UK, the Engineering and Physical Sciences Research Council, The Science and Technologies Facilities Council, and the Royal Society to further develop his unique bimodal approach to low- and ultra-low-field NMR analysis combining optimised protocols with bespoke computational frameworks. He is the author of more than 50 articles, books, book chapters and conference proceedings, including editing the upcoming Royal Society of Chemistry text Computational Approaches in Analytical Chemistry and Bioanalysis.

Philippe is appointed to the Farm Animal Genetic Resources Committee within the Department for Food, Environment and Rural Affairs in UK Government, and the Committee on the Toxicity of Chemicals in Food, Consumer Products and the Environment at Public Health England and the Food Standards Agency. He is a Fellow of the Royal Society of Biology, and a Fellow of the Linnean Society of London. He has delivered invited lectures internationally.

Philippe's research spans the bio- and chemical sciences in applications of computational techniques to key problems in these fields.

In 2017, the group implemented low-field, benchtop NMR (bNMR) analysis, linked with metabolomics-based computational intelligence algorithms with the potential to impact significantly upon biomedicine and biomedical imaging; allowing for the rapid monitoring and identification of biomolecules and their concentrations in biofluids for a range of diseases and disease states in humans and animals, and the development of robust, machine learning approaches to improve bioanalytical procedures and inform interpretation and diagnosis.

Furthermore, following the successful award of a Cancer Research UK - EPSRC -STFC grant to the ‘Quantum Leapers’ consortium led by Prof Mel Mather (Nottingham) and Prof. Philippe Wilson in 2018, the use of novel diamond sensors in early detection is being explored. A strong collaboration between The Universities of Nottingham, NTU, Leicester and Queen Mary London is at the heart of this project which seeks to take advantage of nitrogen vacancies within diamond frameworks to understand the early stages of breast cancer development.

See all of Professor Philippe B. Wilson's publications...