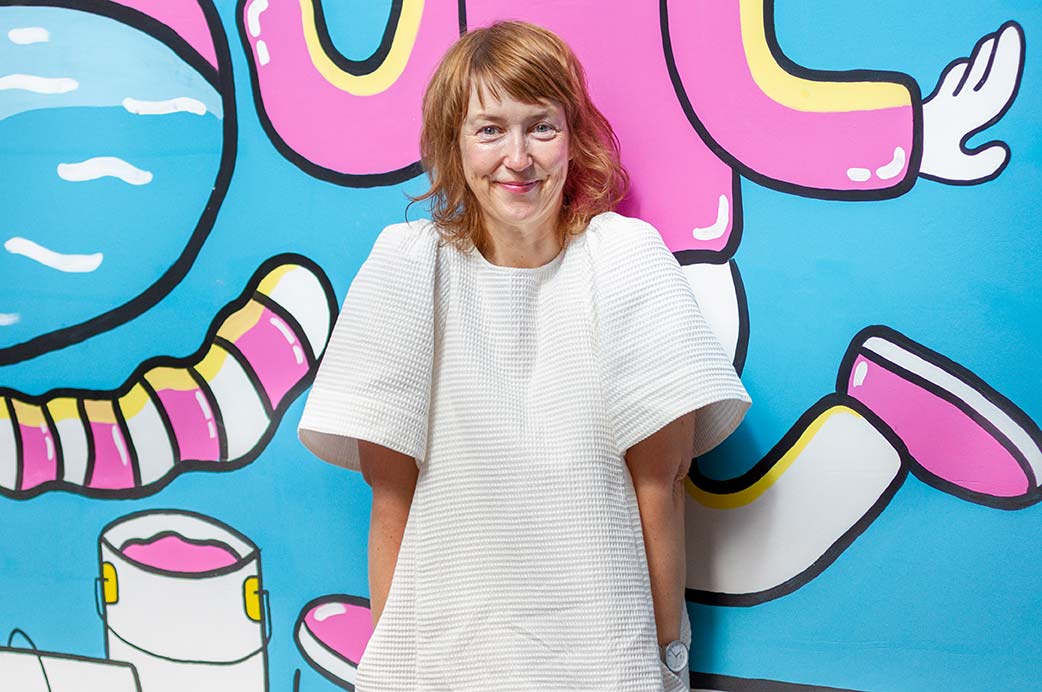 Helen has taught in Further, Higher and Postgraduate education since 1992 including New College Nottingham where she led specialist area groups in Graphic Design, illustration, Animation, Surface Pattern and Fashion Design on the Foundation Art and Design course, Norwich University of the Arts where she was part of the team that developed the BA(Hons)Visual Studies Programme, University of Westminster, where she twice led the Visual Studies programme on the BA(Hons)Workshop Ceramics course,  Loughborough University where she contributed to the BA(Hons)Textiles course, The University of Central England in Birmingham where she taught specialist printmaking students on the BA(Hons) Fine Art course and Cambridge School of Art where she currently teaches on the BA(Hons)Illustration programme. She has contributed to programmes at Nottingham Trent University since 2002 including BA(Hons) Fashion Knitwear, BA(Hons) Fashion Design, MA Fashion Futures and MA Applied Design Futures with particular reference to concept development and research, illustration practice and the graphic representation of concept and collection in look books, exit portfolios and exhibition.

Alongside this she has maintained her own practice across a range of platforms which has previously included Design for Performance and Designer/Maker fairs, and has twice competed in international Snow Sculpture Championships. Her overriding interest is in Print, Print research and Illustration. She has been represented at the Bologna Children’s Book Fair, the Frankfurt Book Fair and the London Book Fair, Highly Commended at the Cheltenham illustration Awards and shortlisted for the Pushkin Prize. She is featured in An Engravers Globe, (Simon Brett) and Drawing as Making (Kyra Cane) and is published by David Fickling Books and Edinburgh University Press.

She is interested in print and illustration processes, particularly those that underpin the history of graphic design: relief print, woodcut, wood engraving, letterpress, and in contemporary translations of historic processes. Alongside this, areas of focus include designing for young adult fiction and illustrating street sub-cultures and fashion.