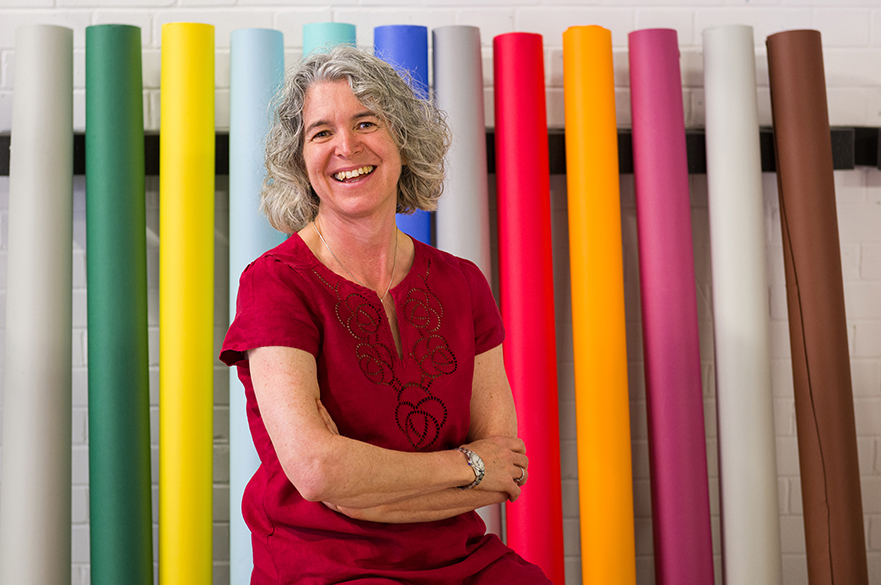 Martine Hamilton Knight DLitt(hon) is a long established, award winning independent architectural photographer. Her images have been published internationally for the last three decades and are regularly featured in architectural books and journals.

Specialising in architectural photography, Martine’s work is widely recognised by her industry. A major show of her work took place in Ningbo, China in 2009, she was awarded an honorary doctorate by The University of Nottingham in 2012 and named a global ambassador for Manfrotto in 2013.

She lectures across the UK for The Royal Institute of British Architects and runs workshops for The Royal Photographic Society and Line & Light. She joined the MA Commercial Photography course at NTU in January 2018 and continues her commercial practice. In 2020 an exhibition of her work was to go on show in Nottingham to tie into the publication by Yale University Press of the latest Pevsner Architectural Guide to England's architecture, however this has been postponed due to Covid-19.

Martine has been a commercial architectural photographer since 1990, running her business and photographic library Builtvision from her premises in Nottingham.

Her experience in delivering CPD and visual practice workshops for a wide body of organisations and individuals over the last decade has been extensive and continues to this day.

She established teaching links with South Notts College in 1992, working on their BTEC programme and began running annual architectural photography workshops for NTU’s BA programme in 2009.

She joined the Masters team at NTU in January 2018 and continues to run her commercial practice in Nottingham.

Martine is interested in exploring the changes in the commercial photographic world, with regard to digital technology, social media, user generated content and its implications on fee structure, branding, perceived value & client expectation. How these changes are subsequently reflected in education, training and the industry itself are topics which she is investigating.

A Global Ambassador for Manfrotto, Martine is engaged with a programme linking student activity with The Vitec Group.