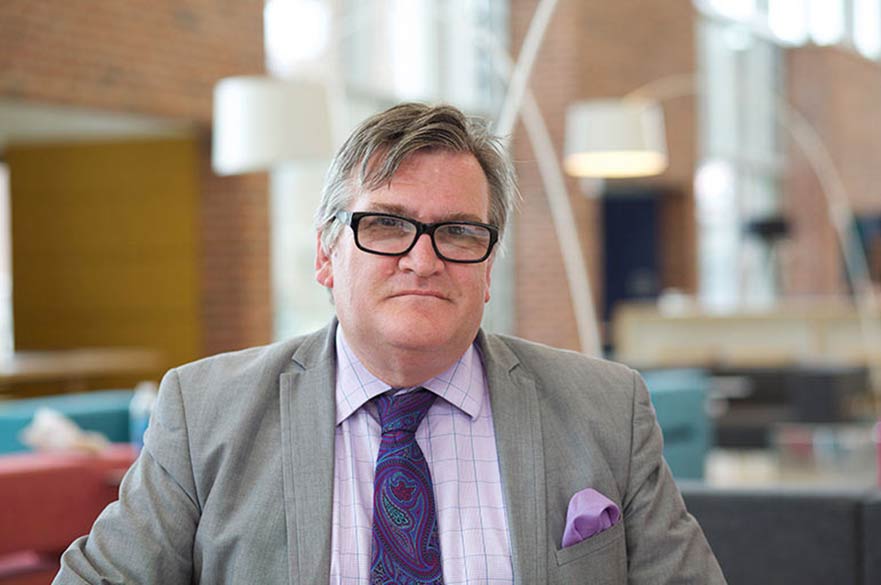 Professor Bennett is a proponent of the New British History as applied to the Early Modern Period having published a series of books on the civil wars and a biography of Oliver Cromwell, although he has been known to publish and give lectures on the space race of the 20th Century. Professor Bennett has written a series of internationally acclaimed authoritative works on the civil wars and revolutions that wracked the mid-17th Century in Britain and Ireland. His work is distinguished by the use of local and regional sources to build up a comprehensive picture of the effects of war and revolution across the British Isles. In collecting this material he has used the resources of over fifty record repositories around Britain and Ireland.

Currently Professor Bennett is working on a research project: Cromwell's Rivals a study of all the c200 people who served in a general officer role during the civil wars. The project developed out of his work on Cromwell's military career in Cromwell at War: The Lord General and his Military Revolution (2017). This work is both quantitative and qualitative in nature and seeks to explore leadership and command during the period, by analysing the social, political, and educational experience of all civil war generals, including Queen Henrietta Maria, alongside their military prowess. This work has generated seveal articles and book chapters, including '"He would not Meddle against Newark" Cromwell's Strategic Vision, 1643-1644', (2019), ‘Regionalism and Localism: Conflict and War in the Midlands, 1642-1648’ (2020) and the essay he contributed to his edited volume, Cromwell and Ireland: New Perspectives, (2021)

Professor Bennett was also a founder member of FORWARD the 17th Century research seminar established at the University which ran for over a decade and provided a forum for researchers and students working on the period in related disciplines of History and related disciplines. A book of essays written by members of the forum, edited by him was published in 2005. Forward was the subject of an article in the Times Higher Education Supplement in 2000 because of its innovative practices of integrating teaching and research.

Professor Bennett is a regular contributor to local, national and international radio programmes, and has appeared on national television on the BBC's History Cold Case Series in 2011 and Michael Wood's BBC 2 series The Great British Story in 2012. Professor Bennett is also the presenter of the Notts TV series  Rediscovering Notts, Notts TV.

Professor Bennett is currently the President of Loughborough Archaeological and Historical Society.

Research students currently and previously supervised have worked on gender and crime in the early modern period, protestant dissent, millenarian thought in the pre-civil war era, witchcraft, presentations of manhood in the 17th Century, the development of male homosexual culture in the late 17th and early 18th Century, the East midlands' Gentry and the reign of James II, women's writing in early modern Britain and female dramatists of seventeenth century England, and more recently the development of British infantry firepower during the seventeenth and eighteen centuries. By working on the four nations Professor Bennett has been able to explore a wide range of societal issues within the period, including law and order, war and gender history. He also welcomes researchers who wish to undertake work on subjects related to his research project, Cromwell's Rivals.

Opportunities to carry out postgraduate research towards an MPhil / PhD exist in all the areas identified above. Further information may be obtained from the NTU Doctoral School.

Cromwell's Rivals: leadership and Command in the Civil  Wars

See all of Martyn Bennett's publications...

Professor Bennett is an experienced television presenter with his own local TV series. He is also an experienced media commentator at home and abroad and has provided expertise for programmes such as BBC 2's History Cold Case and The Great British Story, The One Show and National Geographic's Bloody Tales.

He can offer comment on England; Ireland; Scotland; United Kingdom; Oliver Cromwell; Seventeenth Century British and Irish history; the civil wars 1639-1656; social, political military; King Charles I; King Charles II; King James VI and I; King James VII and II; King William III. He is also known for podcasts and newspaper interviews in which he links the early modern past to the present.