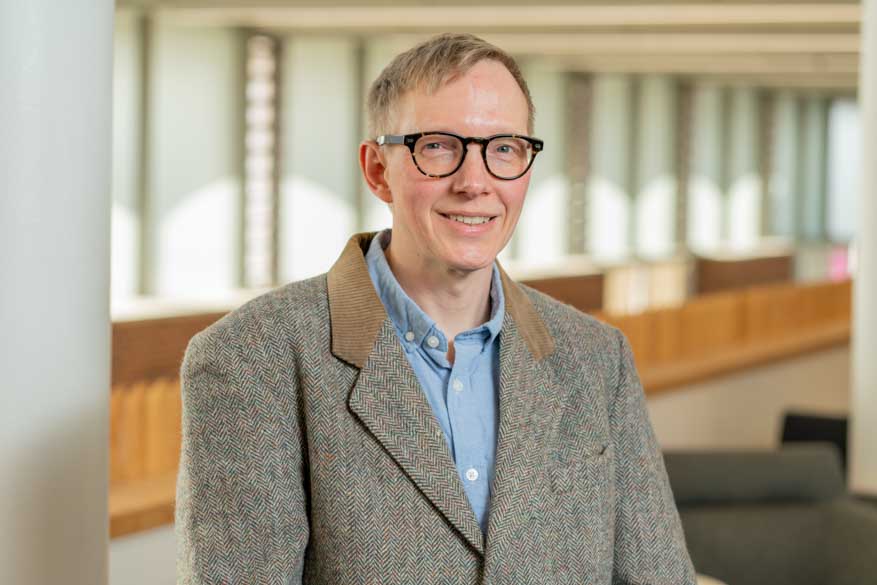 Dr Kerry is the Course Leader for BA Media Production. He is particularly interested in linking media practice with media theory, and also in projects that enhance student employability.

His co-authored book Introducing Media Practice, the Essential Guide, is a core textbook for media courses around the UK. Dr Kerry is currently writing a follow-up book with colleague Georgia Stone that will help Arts and Humanities students prepare for a career in the media and creative industries.

He often works on student projects in partnership with other departments in the university, or with external organisations.

Dr Kerry’s short film Home was screened at the Clarendon Park Arts Festival in Leicester in Summer 2016. A music video that he produced with University of Derby students for the musician Joshua Mellor was screened at the 5 Lamps film show at the Quad, Derby in Spring 2016.

In 2013 Dr Kerry collaborated with colleague Georgia Stone; NTU Modern Languages; and 6 NTU Media undergraduates on producing media for the CODA (Consolidation, Outcomes, Dissemination, Agency) project with Clodagh Cooney (CODA Project manager). CODA is a ground-breaking project that brings language learning to disadvantaged communities. Dr Kerry, Georgia Stone, and the NTU Media students filmed and edited interviews at the Language World 2013 conference in March. They subsequently worked with project partners, and language teachers and learners in Slovenia and the Czech Republic to produce media content for the CODA website and for future conferences.

In spring 2012 Dr Kerry was invited by Inside Film to do a guest lecture on British Social Realism films for young learners and their parents/guardians at the BFI, London.

His collaboration with NTU Sustainability won a Highly Commended award in the Courses category of the Green Gown Awards 2012. The award was given for Dr Kerry's Level 5 media practice Eco Video projects. Judges said the module made ‘strong use of technologies and social media to disseminate an impressively wide range of sustainability materials in a subject not normally associated with sustainable development, excellent impact through linking to the NTU Ecoweb’.

See all of Matthew Kerry's publications...