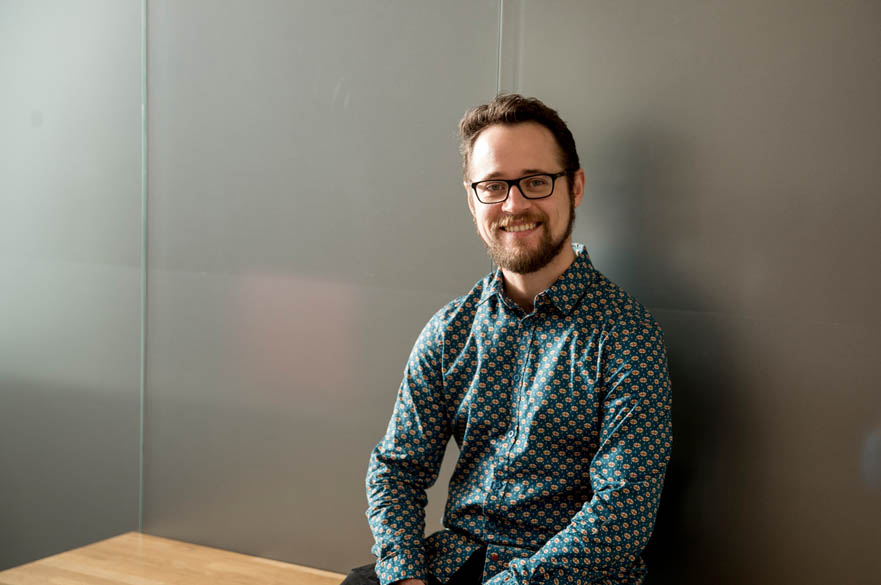 Dr. Kyle Anthony Baldwin is a senior lecturer in the Physics and Mathematics department. Kyle is currently advertising for PhD positions, see the research section below for more details.

Kyle's research background is broadly within the fields of fluid dynamics and soft matter physics.

Since achieving his doctorate studying spontaneous structure formation in evaporating polymer solutions, Kyle has published works in several dynamic fluid systems at Nottingham Trent University, The University of Nottingham, and The Max Planck Institute for Dynamics and Self-Organization. These projects include:

Kyle is active in several areas of research, including the wrinkling of curved soft surfaces, biomimetic swimming microdroplets (active emulsions), and the complex interplay between fluid forces and biotic interactions - where the behaviour of the fluid impacts the living organism, and vice versa.

Currently, Kyle is advertising for three postgraduate experimental research projects (MPhil and/or PhD). These are competitively funded by the NTU Graduate School.

Inspired by his doctoral research into drying droplets, Kyle has run a Gallery of "Droplarts"; beautiful microscopy images of complex structures formed from dried droplets, one of which won the 2019 Inaugural Images of Research Competition. These pieces can be found on Kyle's website adropofscience.com, or on Instagram @droplarts.

Based upon Kyle's research, he has been interviewed twice for popular science YouTube channels on two separate topics:

Kyle has been involved in creating press releases and outreach media to showcase several of his areas of research. These include: