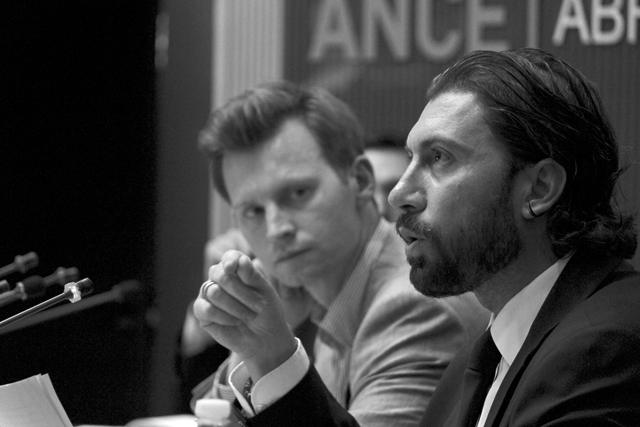 After receiving a doctorate in Political Theory and International Studies from the Scuola Normale Superiore (2011), I was a Research Fellow at the School of Global Studies, University of Sussex (2011-12), a Lecturer in Politics and IR at the University of Central Lancashire (2012-17), and later a Senior Lecturer at Kingston University London (2017-2022). My field of expertise encompasses political theory and security studies. My work has been published in leading journals such as the Review of International Studies, TELOS, Security Dialogue, Millennium, and International Politics. I have co-edited six volumes, most recently The Sacred and the Political (Bloomsbury Academic, 2016) and Heidegger and the Global Age (Rowman & Littlefield International, 2017). I have also authored two books, the most recent of which is Genealogies of Political Modernity (Bloomsbury Academic, 2020). My research has been supported by grants from the British International Studies Association (BISA), Lancaster University (Institute for Social Futures), and the Istituto Italiano di Scienze Umane (Florence).

My research and publications straddle the fields of social and political theory and security studies. My work has focused on two main areas: a) exploring – from a critical perspective – the new forms and dynamics of violence in global politics, with a specific focus on martyrdom, political sacrifice, and unmanned technologies (e.g. drones); b) revisiting some of the classics of social and political thought – such as Machiavelli, Hobbes, Weber, Schmitt, Foucault, Habermas, and Heidegger, among others – to critically analyse the dynamics and political challenges raised by the process of globalisation: the problem of sovereignty and political order in the post-Westphalian age, the ethical foundation of the new order, the meaning and relevance of ethics in the age of globalisation. This research has resulted in four Special Issues I co-edited and contributed to of the Journal of International Political Theory, International Politics, Security Dialogue and the Journal for Cultural Research, and two edited volumes on The Sacred and the Political: Explorations on Mimesis, Violence and Religion(Bloomsbury Academic, 2016) and Heidegger and the Global Age (Rowman & Littlefield International, 2017). I have undertaken an in-depth study of the conceptual foundations of modernity in my recent book, Genealogies of Political Modernity(Bloomsbury Academic, 2020).

My current research is devoted to the study of the ethical and political challenges posed by Artificial Intelligence (AI) and to the transfers of meanings and narratives that take place between the religious and political spheres.

I am a political theorist with interdisciplinary research interests in the relationship between politics, religion, and violence. My work has explored the transfers of meanings and narratives that take place between the religious and political spheres and the complex relationship between religious beliefs and contemporary forms of violence such as martyrdom and suicide missions.

I began doing research as a postgraduate student at the Scuola Normale Superiore in Italy. My initial research focused on the relationship between religious fundamentalism and political violence. Of particular interest to me was the ever fraught relation between religious worldviews and their worldly applications. In my dissertation, I have developed a neo-Weberian approach to make sense of the tensions between modern and traditional worldviews. I published parts of my dissertation in leading journals such as the Review of International Studies and Journal for Cultural Research. Upon receiving my doctorate (2011), I took up a Research Fellowship at the School of Global Studies, University of Sussex, UK (2011-12).

In September 2012, I was appointed as a permanent lecturer in Politics and IR at the University of Central Lancashire, UK. In this period my research interests broadened to include a more theoretically-informed understanding of religious conflict and violence. The content of this research was shaped by a few far-reaching questions, such as: why is religion often associated with violence in politics? What happens to politics in a ‘post-secular age’? What role should religious values play in public life? I have addressed these complex questions using the work of some leading theorists such as René Girard, Carl Schmitt and Jürgen Habermas. Following this line of inquiry, in May 2013, I organized an International Conference in which I introduced the work of the French theorist René Girard in International and Security Studies. This interdisciplinary engagement with Girard’s work led to the publication of an edited collection and a Special Issue of the Journal of International Political Theory.

In January 2014, I was elected national convenor of the British International Studies Association working group on Contemporary Research on International Political Theory. In this capacity, I have directed two research projects, organized 6 international conferences, and sponsored multiple panels at the BISA annual conferences. Of particular relevance was a project on the “States of Exception” that I co-led with Andreja Zevnik for three years. This project aimed at critically exploring – both theoretically and empirically – the variety of states of exception, by analysing their forms, meanings, and evolution. We conceived ‘exceptions’ both as historical phenomena and hermeneutical figures, spaces and times through which to reconsider the changing nature of politics and violence in the age of globalization. Given its interdisciplinary nature, the project was articulated over three years and around three main areas: 1. Figures. The Politics of Sacrifice: Martyrs & Migrants (University of Manchester, 2015); 2. Spaces. The Politics of Life: Drones & Lone Wolves (Lancaster University, 2016); 3. Times. The Politics of Time: Tortures & Deportations (Kingston University, 2017).

In February 2017, I was appointed Senior Lecturer in Politics and IR in the Department of Politics at Kingston University London. Since my arrival at the university, I developed an interdisciplinary research agenda by engaging in a number of international projects and collaborations. This work culminated in a series of major research projects and publications aimed at exploring the conceptual foundations of political modernity: Carl Schmitt, Political Theology and Modernity, Heidegger and the Global Age, and my recent monograph Genealogies of Political Modernity(Bloomsbury Academic, 2020).

In my most recent research, I have grappled with a range of problems connected with the ethical foundations of politics and Artificial Intelligence (AI), including problems pertaining to just war theory and autonomous weapons systems, theories of justice, sovereignty and political authority, and the changing character of political representation in the age of globalization. My writings on these subjects have appeared in a range of edited volumes and leading international journals, such as Review of International Studies, Security Dialogue, Millennium: Journal of International Studies, International Politics, Journal of International Political Theory, TELOS, and Journal for Cultural Research. Currently, I am working on a book manuscript titled Byung-Chul Han: Psycho-Politics and Social Burnout. In this book, which is under contract with Palgrave, I will provide the first critical introduction to the work of Korean-born German cultural and political theorist Byung-Chul Han.

My current research still broadly focuses on the relationship between religion and politics but is more devoted to the study of the ethical and political challenges posed by Artificial Intelligence (AI) and to the transfers of meanings and narratives that take place between specific religious and political spheres and concepts (e.g., sovereignty, authority, representation).

Current and previous sponsors include:

Current and previous collaborators include: