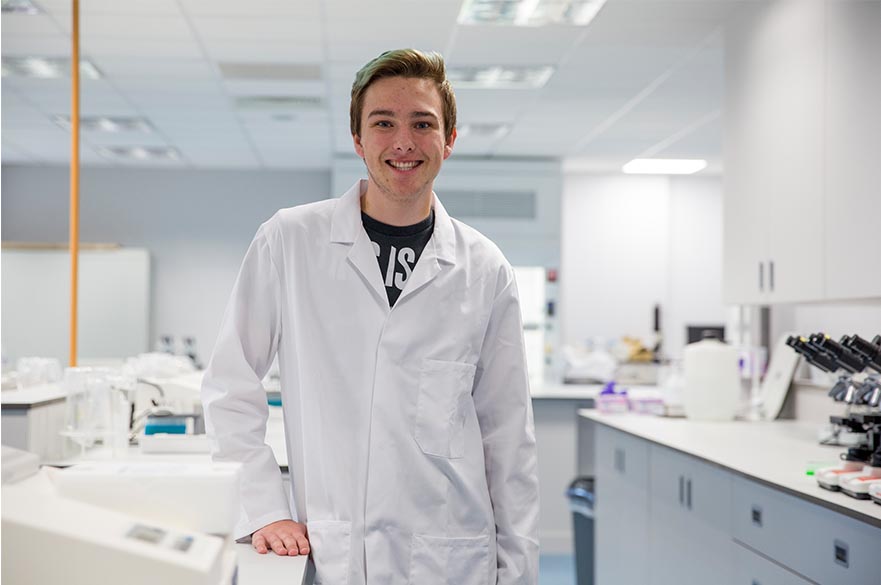 Being a student here is, amazing! There’s so much to do and so much to see, if you’re not busy doing course work then Nottingham is the best place to just wander around because you will almost always find something interesting.

“I chose Animal Science as it is a great gateway into further education within the animal industry. I was also drawn to Nottingham Trent University due to the amazing animal unit at Brackenhurst. There are a wide range of animals, which means that you get to learn with a variety of different species. It also gives students a chance to volunteer with the different species of animals and get even more hands on experience than they would at other universities.

“Animal Science is a foundation course which is two years followed by a possible placement year. It is made up of 10 modules with four in the first year (including animal management and welfare) and six in the second (including animal nutrition). You also may have a chance to progress onto the BSc (Hons) Animal Biology.

“My course tutors are very helpful if you do not understand a certain aspect of the course or if you are struggling in any other areas of uni life they help as much as they can or point you in the right direction to someone who can.

“I chose Nottingham because I heard that it was a great student city and I can safely say so far it has lived up to its reputation. The nightlife is amazing if you are into partying or if you are into something quieter there are so many different societies to choose from. You will never have a dull moment.

“Being a student here is, amazing! There’s so much to do and so much to see, if you’re not busy doing course work then Nottingham is the best place to just wander around because you will almost always find something interesting.

“Settling in at Brackenhurst Campus took no time at all. I was talking with a few people after the first week of moving in and everyone felt like they had lived here for way longer than a week. It’s just a very homely place to live.

“I have come to university with a hope to either work with wolves in the wild or work within a zoo when I graduate. However during the time I will be here those ideas might change into different ones which could take me on a whole new journey. Also everything you learn is transferable to other jobs and careers, whether it's being able to handle animals in the safest way for you and them or being able to stand up and present a presentation you have created.”