People who participate in parkrun events feel like they belong to a supportive community which encourages conversation, support and exercising together, a new study has found. 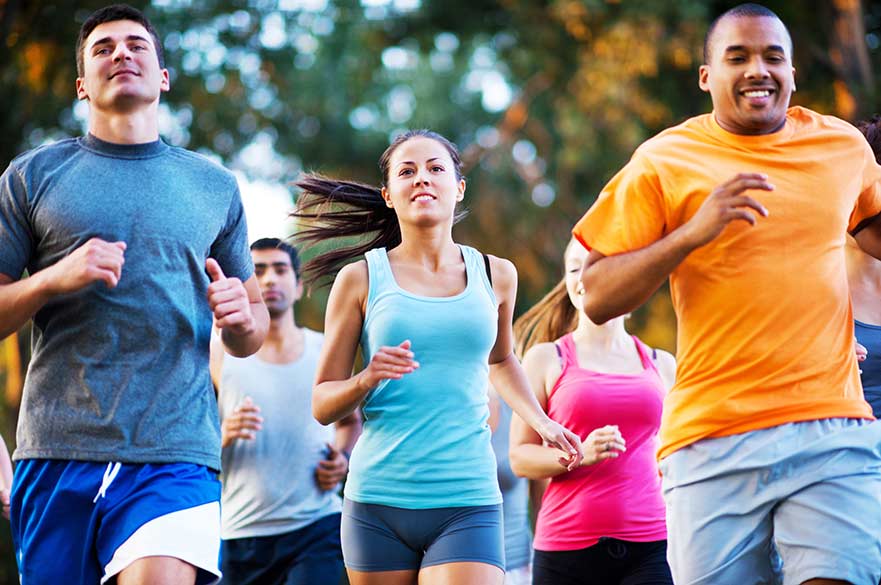 As part of a study by Nottingham Trent University, researchers interviewed runners to investigate the social reasons behind why people participate in the event.

The study - reported in Leisure Sciences – found that despite having no formal membership, 94% of people who attended parkrun more than three times a month, felt a sense of community.

This sense of belonging became an important and positive aspect for them attending, the researchers found.

One person said they attended not because it’s a run, but because it felt like a supportive community, where everyone knows and looks out for one another.

People also said interacting with others was another important reason to attend.

They said parkrun gave them the opportunity and confidence to have conversations with people who they may not ordinarily speak to, because they immediately had something in common with each other.

Participants were keen to return to parkrun because they felt included, regardless of their background or how experienced they were at running.

Only 12.3% of people interviewed identified themselves as being part of a running club and more than half (54%) of people attended parkrun more than three times per month.

Runners who attended for the first time were encouraged to return because the diversity of the event made it feel welcoming.

Exercising together was another motivation for people taking part and it provided an open space in the community for people to gather and exercise as equals.

The study found participants felt no pressure to perform, but the competition element was important to them and seeing their finish time recorded on the website gave them a sense of aspiration.

Another reason for people attending was the accessibility of parkrun.

People said it was at a convenient time, which they could fit into their weekend schedule and there was no pressure to attend.

The majority of people (92%) who attended more than three times a month said participating had a positive impact on their wellbeing.

A total of 88% of people said their confidence for running increased, even if they took part once a month.

Researchers say this shows that parkrun provides a mixture of physical, psychological and social benefits, which may not be found in a traditional running club.

Runners taking part in parkrun events held at Colwick in Nottinghamshire were interviewed as part of the study.

Dr David Hindley, a senior lecturer in Sport Education in the university’s School of Science and Technology, said: “Whilst it is important not to lose sight of the instrumental health benefits that accrue from exercise, the findings draw our attention to the value participants place on the social features in the parkrun experience.

“Moreover, when reflecting upon the implications of this study, it is important to consider the key design characteristics of parkrun which serve to minimise barriers, whilst facilitating initial engagement, social support, cohesion, and helping others.”