Scientists are hoping to develop a new generation of therapies to tackle acute myeloid leukaemia, a type of blood cancer which is particularly difficult to treat. 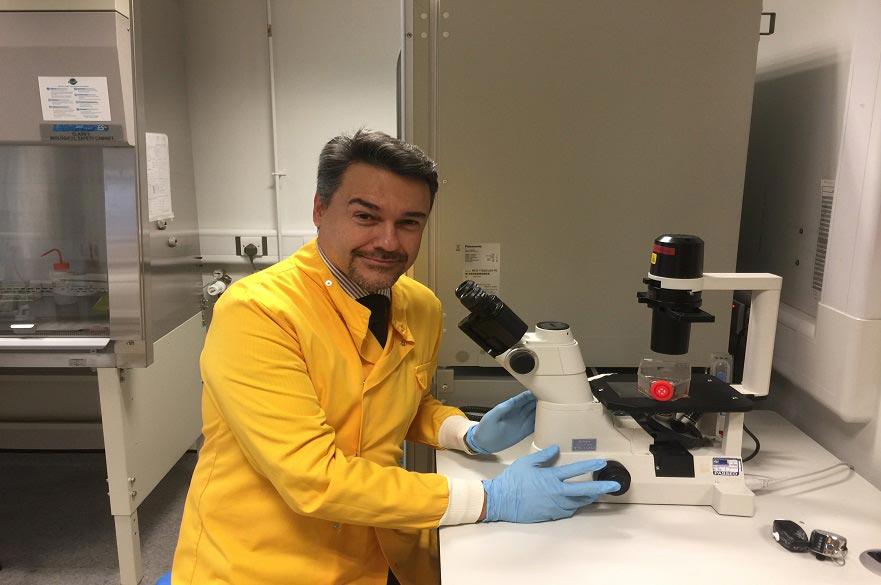 An international team led by Nottingham Trent University is looking at how patients’ own immune system responses to the disease might give clues to providing more effective, targeted and personalised treatments.

Treatment for acute myeloid leukaemia (AML) has remained relatively unchanged for about 30 years – and on average only about one in five people with the disease will survive five years beyond their diagnosis.

AML is recognised by the immune system, but protects itself by attempting to adapt to the immune attack and escape it.

The researchers say that a better understanding of this mechanism is crucial to the development of new, improved therapies.

The new work is focused on identifying specific genes which are involved in the activation of the immune system of patients.

It will be the first time the genetic make-up of immune cells involved in leukaemia has been analysed in this way.

It is hoped that the work might accelerate the discovery of important prognostic biomarkers and the design of effective immunotherapy approaches for each tumour subtype.

This could include new drugs, so-called ‘small molecule inhibitors’ which are able to unleash the power of the immune system’s response to cancer.

The work could also help to predict patients’ response to treatments as well as their risk of relapse.

In 2014, more than 3,000 new cases of AML were diagnosed in the UK, with more than 2,500 patients dying from the disease. AML is only cured in 40% of patients under 60 and ten percent of patients over 60; and it accounts for 20% of leukaemia cases in children. More than a third (35%) of children with AML relapse, however, and only 30% of them will survive to adulthood.

He said: “We want to characterise how patients’ immune responses can be mobilised to kill leukaemia. Immunotherapy, the activation of the patient’s immune system against their cancer, could hold the key to treating the disease. Despite this, however, the ability to predict the groups of patients and the subtypes of cancer that would response well to immunotherapy, remains limited.

“This research would allow us to develop truly personalised and smarter therapies, which are tailored to each patient’s specific type of leukaemia. It aims to broaden our knowledge and understanding of leukaemia-driven immune changes, and identify molecules and mechanisms that can be targeted to restore immune competence and improve clinical outcome.”

Germany’s University of Regensburg and Technische Universität Dresden, the Princess Margaret Cancer Centre in Canada and the Children’s Hospital of Philadelphia in the United States are also involved in the work.