On Tuesday 17 March, the best up-and-coming bands from Confetti and NTU will go head-to-head as they fight it out to win The Ultimate Battle of the Bands! 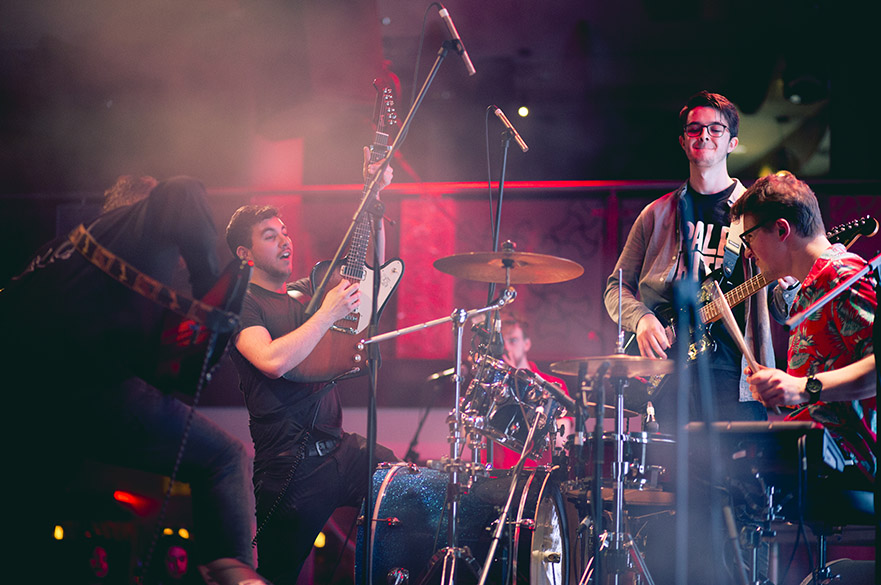 Battle of the Bands 2019
Photo by Jack Pickerill

On Tuesday 17 March, the best up-and-coming bands from Confetti and NTU will go head-to-head as they fight it out to win The Ultimate Battle of the Bands!

Eight bands will be taking part in this televised battle that will air on Notts TV. They’ll have ten minutes to perform two songs each, as they fight to win the top prize – the chance to perform at Nottingham’s Splendour Festival on Saturday 18 July 2020.

However, the two runners-up will also receive impressive prizes. Second place will earn a band a recording session in one of Metronome’s state-of-the-art studios, while the band that finishes in third place will receive an A&R meeting with a music industry professional.

The winner and runners-up will be chosen by a panel of judges made up of industry experts, as well as having an audience participation element. So, if you want your favourite band to win, make sure you give them a big cheer!

The judges confirmed for the night so far are:

For updates and announcements join the Facebook event here.