Rory recently returned to the UK from South Korea for the Bucheon UNESCO City of Literature 2020 Residency and spoke to us about his experiences so far. 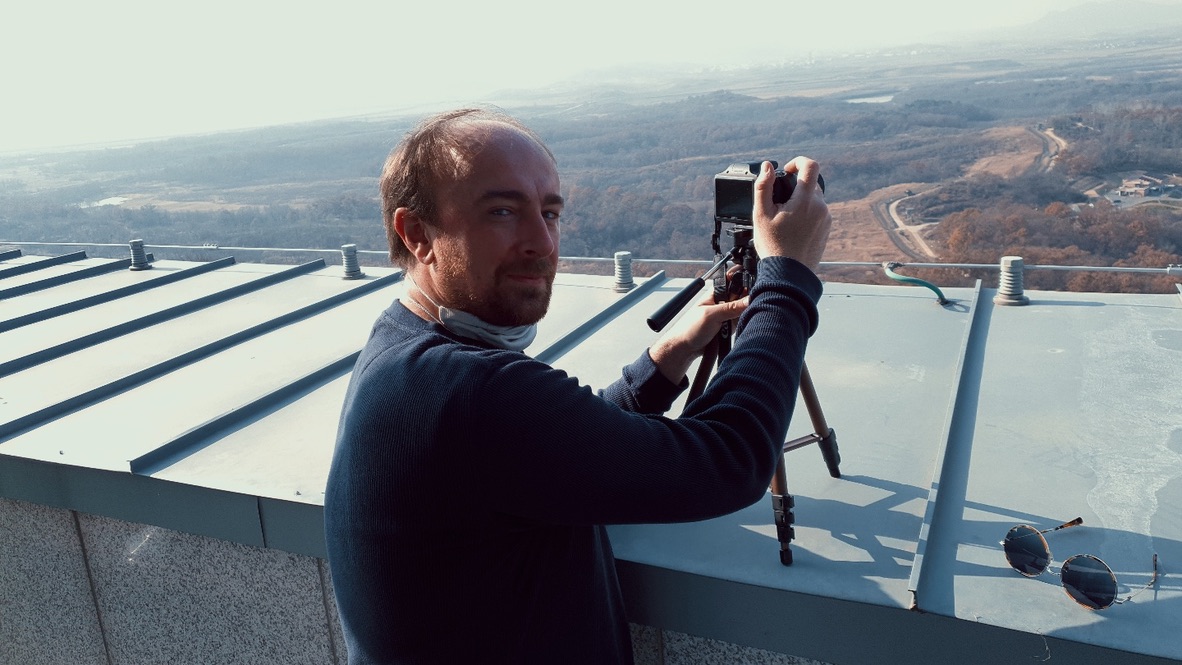 Rory recently returned to the UK from South Korea for the Bucheon UNESCO City of Literature 2020 Residency and spoke to us about his experiences so far.

Dr Rory Waterman, senior lecturer in English and Creative Writing, spoke to us about his two-month residency in the South Korean city – writing poetry, exploring the local region, and photographing his surroundings. This is the first residency programme of its kind in the city, and Rory was joined by Jeff Kisuk Noh from Montreal, Canada. Rory and Jeff experienced the literary culture of South Korea first-hand, enjoying events, readings, and literature.

Rory told us more about his time in South Korea: “I was delighted to be selected as one of the two inaugural Bucheon UNESCO City of Literature writers in residence. During my two months in Korea, I wrote a pamphlet of poems about the Korean border and demilitarised zone, and its local and international contexts. I think they are among my strongest poems, and that wouldn't have happened without the residency. The pamphlet also includes several photographs, and hopefully it will be published later this year and the poems will then be included in my next book.”

He continued: “I also met many fascinating editors, translators and other people, and did a lot of travelling. I delivered two public events – a reading with discussion, and a panel discussion about literature and COVID-19. South Korea is a fascinating country, and my time there has had a huge impact on my writing and thought processes. It was really exciting to get stuck into life in a different culture, not least at the present time when travel is normally so restricted, and I feel extremely lucky.”

Find out more about Rory’s time in South Korea, by reading his blog posts for the Nottingham UNESCO City of Literature website.