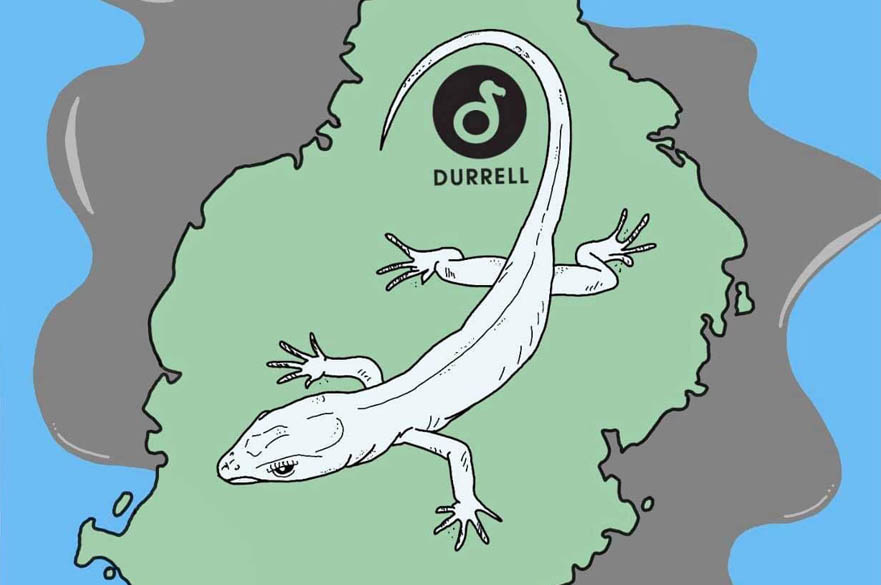 Conservationists from Durrell Wildlife Conservation Trust, Mauritian Wildlife Foundation (MWF), BirdLife International, National Parks and Conservation Service of Mauritius (NPCS), and Forestry Service have enabled the emergency rescue of three species of rare reptiles, which might otherwise be facing extinction, following the Wakashio oil spill in Mauritius. The reptile rescue was made possible with the support of the Jean Boulle Group and further builds on their history of conservation in Mauritius.

A group of Endangered Species Recovery and Conservation master’s students at the School of Animal, Rural and Environmental Sciences have been working with Course Leader Samantha Bremner-Harrison to look at ways of fundraising for the mission, and we spoke to the team to find out more.

“As a group, we initially got involved as Sam suggested that fundraising would be nice way to say thank you to Durrell team, for the time they gave us as a part of our trip. It became a way for us to get involved indirectly with conservation as we physically could not at the time, as well as a way to get know each other as we could not physically meet up”, the group told us.

“Masters for Mauritius had to develop something completely online so as a team we had to get creative. Our initial groundwork involved setting up social media platforms on Facebook and Instagram and a Just Giving page to group all the finance in one place. We approached a company local to one of our team and a donation of £300 was received from unique mechanical services who supports our aim of restoring Mauritius wildlife.” As part of the fundraising, the group ran several different activities including a ‘Design a Reptile’ art competition for children, a ‘Miles for Mauritius’ sponsored exercise campaign and a raffle.

“Setting up this raffle also required some problem-solving skills, as reading around we realised there was a lot of legislation surrounding online raffles, as such, we reached out to the NTSU who pointed us to a company called Gyfters, from there we launched our raffle on their platform”, the group explained.

“The prizes included were donated from an array of businesses including DSIUI Woods, Kitnest and Petra Eberl Jewellery. The latter required contacting England's hallmarking authorities to determine whether there were hallmarking requirements.”

“Durrell have taken 30 Lesser Night Geckos, 30 Bojer's skinks and six Bouton's skinks to Jersey Zoo as a precaution to ensure the Wakashio oil spill does not cause their extinction. The money raised is both helping to clear up the aftermath of the spill and maintain the lizards at Jersey Zoo. As of today, we have raised £660, making us 65% of the way to our £1000 goal!”

“This initiative is so important to all of us on the team because the conservation of every animal is key for every ecosystem. Since humans caused this oil spill it is human responsibility to manage the consequences and we want to be part of the solution”, the team concluded.

You can find out more about Durrell’s rescue mission for Mauritian reptiles affected by oil spill here - https://www.durrell.org/wildlife/news/rescue-mission-mauritian-reptiles-affected-oil-spill/