The University Rugby Awards took place on Thursday 13 May, and this year we were very proud to have made the shortlist in 4 separate categories. 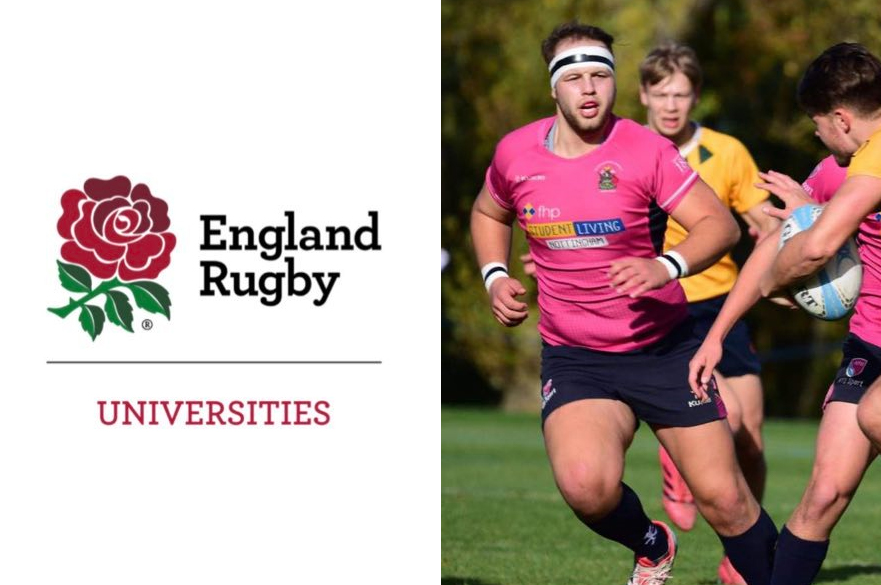 The University Rugby Awards took place on Thursday 13 May, and this year we were very proud to have made the shortlist in 4 separate categories.

The Awards celebrate student Rugby across the country, recognising and celebrating the very best which the student game has to offer, honouring the dedicated players, coaches and staff who all support the game.

We are excited to announce that James Parker was successful in his nomination for the Tom Miller Award for Social Impact. This Award was in recognition of Tom Miller, who sadly passed away last year. Tom was an incredibly important part of NTU Sport and was the 1st XV Captain for Rugby Union.

In Tom’s memory James participated in  the hashtag #BEMORETOM to raise money for the Oddballs Foundation, whom Tom supported in his role of Ambassador and the Queens Medical Centre ICU Unit who cared for Tom. In honour of Tom’s number 12 Rugby Shirt, the social campaign saw James and others on social media, walk, run, or cycle, 12 miles each week during the month of February, helping to raise thousands of pounds in Tom’s memory. Going above and beyond, James Parker ran 12km per day, every day, with 12kg on his back for the entire month of February! He then ran an extra 10 miles with 17kg on his back to raise £900 as part of a separate challenge.

James reflected on his win and commented:

“It's an absolute honour and privilege to be the very first recipient of the Tom Miller Award for Social Impact. I believe that everyone who took part in the #BEMORETOM challenge deserves this award as much as I do, and I take great pride in being able to bring this very personal award home to them. I am very proud and I take great comfort knowing that Tom would be equally as proud as me”

Daniel Edson, Sport Development Officer at NTU who works with James also commented that the win was “thoroughly deserved”.

“James epitomised the moto #BEMORETOM with his physical challenges throughout February. He inspired huge numbers of the wider university sporting community to get involved in the challenge and raise money”

There was also a surprise appearance from Owen Farrell, England Rugby Captain, who congratulated James and remarked on his “commitment and resolve” to Nottingham ICU and the Oddballs Foundation.

A huge congratulations to James and also NTU Women’s Rugby who were shortlisted in 2 categories and James Peters , Student Coach who was also nominated.