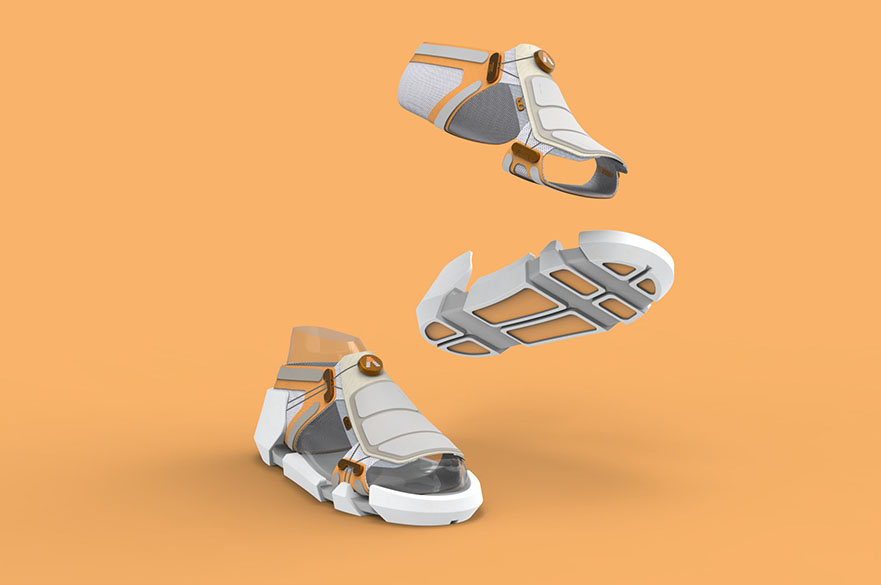 In the last decade commercial space flight has made space more accessible through reduced cost and this trend is set to continue with space x planning their first mission to Mars in 2024. With the potential of Mars colonisation in the future the Ascent Extra Terrestrial Footwear was designed to ensure comfort on these more ambitious missions whilst still performing in changing gravities and environments. 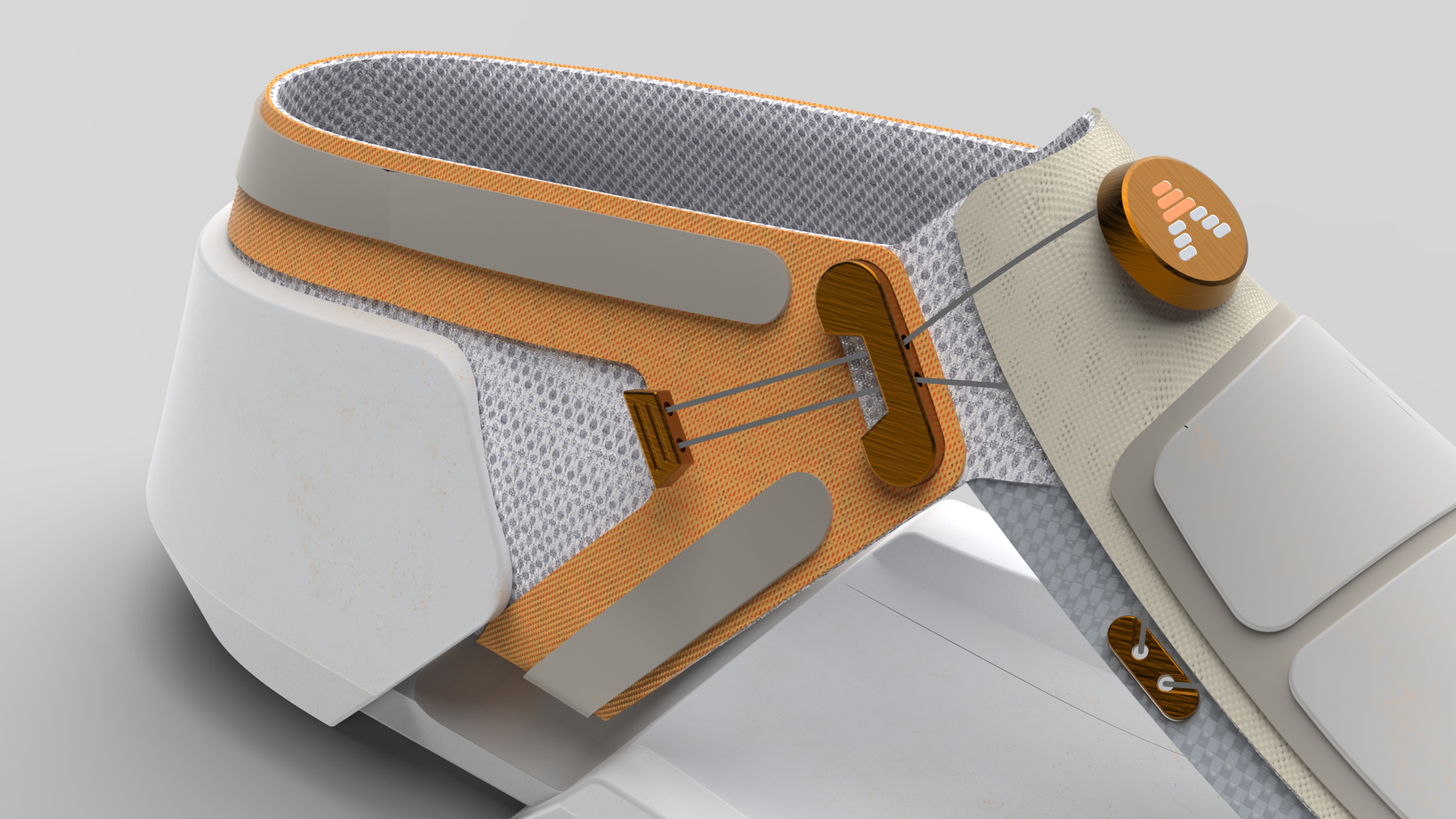 During the 7-month journey to Mars the astronauts will be in zero gravity in the ship and in this environment, they use their feet in a different way. As observed on the ISS they use the tops of their feet to hook onto railings to keep them secure in one position. However, sores and callous can become a problem, the ascent shoe tackles this by having a protective rubber upper which prevents callous and improves grip.

In addition to this it has a removable sole improving flexibility and breathability in zero gravity whilst still functioning as a normal shoe on mars. The ascent shoe employs the BOA lacing system, which uses a ratcheting system to tighten a wire within the upper. When on Mars pull down tabs in the upper join to the sole including it in the BOA lacing system and keeping it secure to the bottom of the foot. This meaning it can function in mars at 38% of earths gravity. 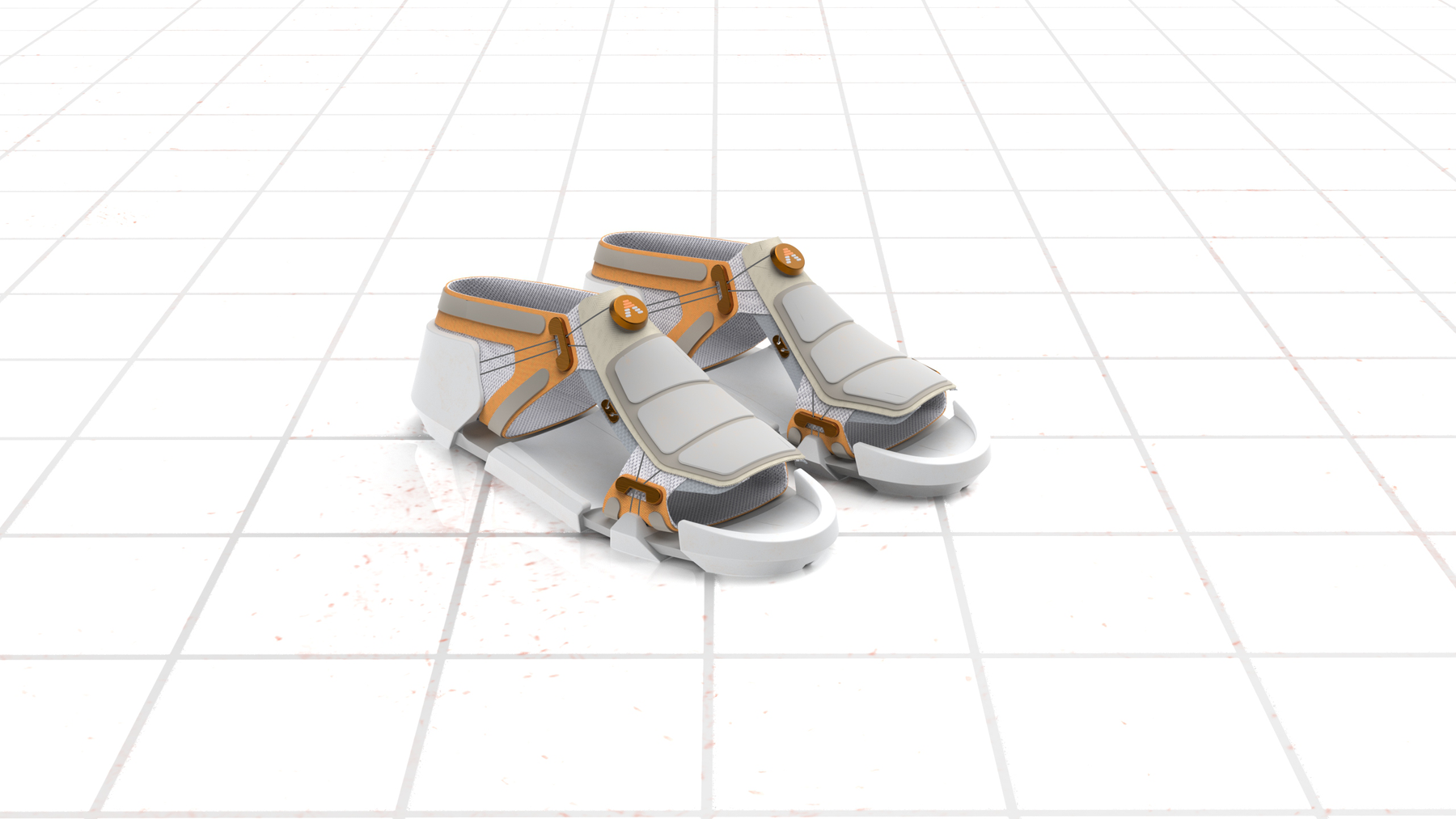 The product aims to get people thinking about the potential of living on other planets and what problems and challenges that might entail. In addition to getting people excited about the future in the face of the adversity experienced over the last year.

Cameron Watson, Designer, said: “with space x continually testing their new rocket the star ship and NASA landing the Perseverance rover on mars, I was inspired by the potential future of living on another planet and was curious about what problems that might entail. I identified comfort as a key factor when undertaking more ambitious missions like colonising mars and designing a shoe for altering gravities and changing environments presented a unique challenge. I hope my product both excites people about this potential future whilst still offering function to it”