Addicted gamers who want to reduce their screen time could be helped by a new device which uses psychology to reward good behaviour. 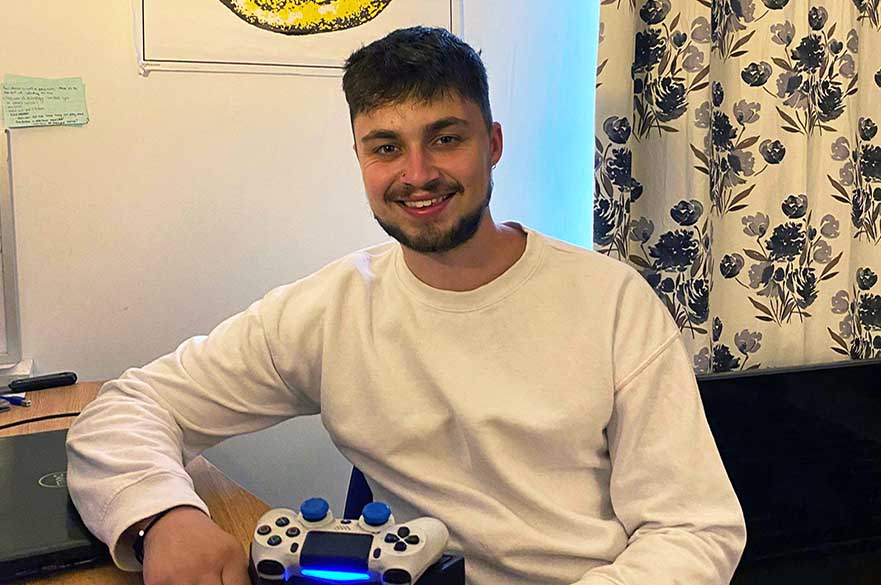 Kane was inspired to create the device during the UK COVID-19 lockdown when many gamers’ saw their screen times spiral out of control.

“After speaking with psychologists it was clear to me that gaming is a form of escapism and so it’s important not to remove it from people entirely,” said Kane, of Swadlincote in Derbyshire, who is studying BSc Product Design.

“So I wanted to create something which didn’t remove access to their games, but instead rewarded them for playing for a sensible amount of time.

“The aim is to help people learn the right behaviours, as forcibly taking their gaming away would inevitably cause them to resent the device and discontinue using it.” 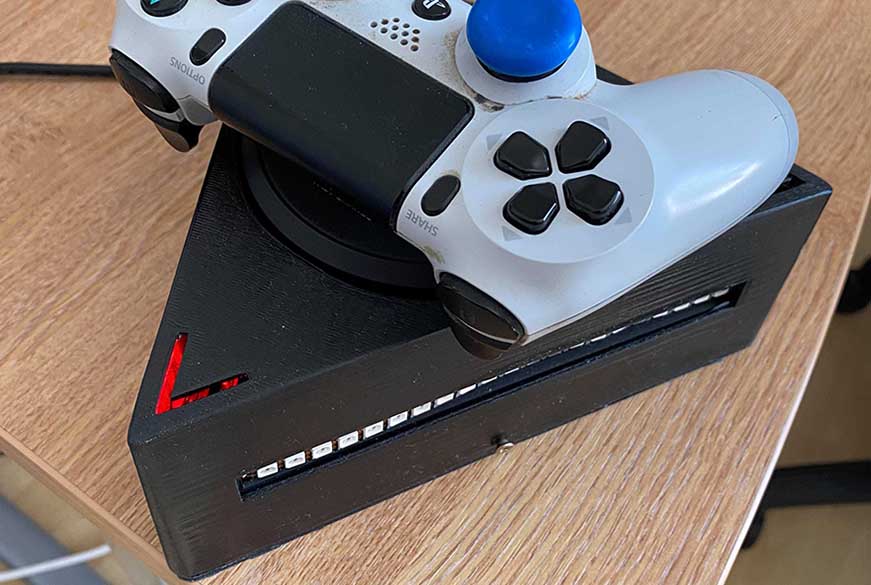 GameSafe works by providing gamers with a timer that is plugged into the console via a USB port.

A sensor on the top – where the controllers should be placed when not in use - tells the device when a break has started.

Light emitting diodes (LEDs) around the top of the device indicate how long a gamer has had a break for.

A red light indicates the need for a break, while a series of blue lights show that it is safe to continue gaming.

The GameSafe can also charge controllers that are compatible with wireless charging.

“If you can see your own progress, it gives you a reward so that you are more likely to keep it up, and you feel better in yourself for doing so,” said Kane. “And after time, the aim is for you to instinctively take a break.

“There is nothing that I have seen like this on the market. You buy it because you want to cut down on gaming yourself, rather than being a parent who is forcing the break onto their child.”

Kane’s design is set to go on show for Nottingham Trent University’s Summer Show, which will see graduating artists and designers displaying their work as part of an online public exhibition. His working prototype can be seen alongside that of other product design students on www.ntudesignindustries.com from 1 July.

Kane’s tutor Dr Matthew Watkins said: “Kane has sought to address a growing issue in the gaming community, through the application of well-established psychology approaches to develop a product that can help people who want to wean themselves off videogames.

“His design provides positive incentives for people to reduce their screen time and in doing so increases the chances of them learning new behaviours and achieving their goal of moderating the time they spend gaming.”