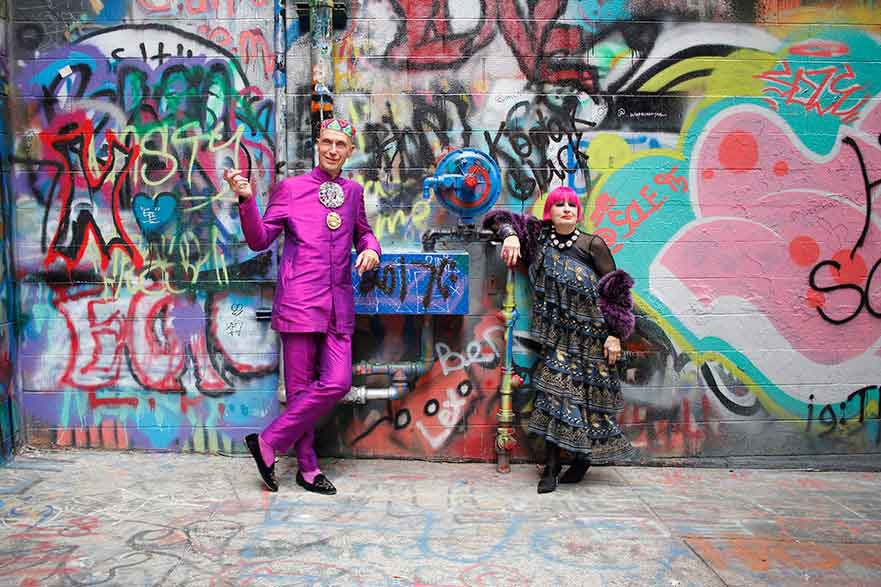 The event is part of the Foundation Series, a collaboration between Nottingham Contemporary and NTU, exploring the formative moments in practitioners’ careers.

Self-proclaimed maximalists Andrew and Zandra met in 1972 at Andrew's inaugural Alternative Miss World contest, the alternative beauty pageant that him and his team still run to this day. The two soon became close friends and have since travelled the world together, collaborated with each other, and share many of the friends that were so influential in early 70s and 80s British culture and sub-culture.

Andrew and Zandra will be talking openly and candidly about the early and influential moments in each of their careers at this free event, which takes place on Friday 3 December at NTU’s City Campus, and will also be available to watch live online.

The Joy of Sculpture provides a survey of Logan’s artistic output, featuring large scale sculptures, mirrored portraits, jewellery, and archive displays from his infamous Alternative Miss World competitions – the first time he has displayed works from all areas across his career.

For more information on The Joy of Sculpture exhibition, visit http://www.boningtongallery.co.uk/exhibitions/andrewlogan