Associate Professor Loretta Trickett, Nottingham Law School, was part of the team involved in making misogyny a hate crime in Nottinghamshire. Here she reacts to the latest news from the Law Commission that misogyny will not be included in hate crime laws. 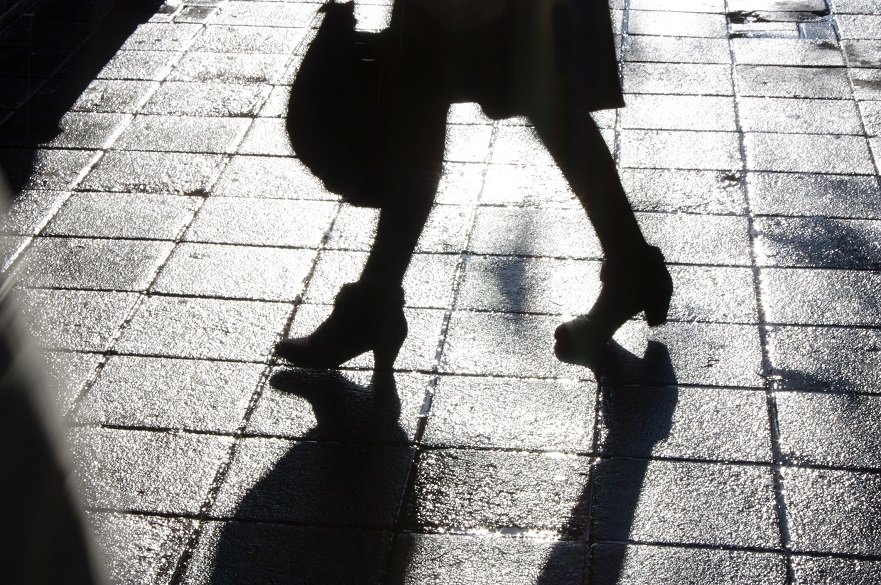 The evaluation of the Nottinghamshire Police Misogyny Policy included a survey with members of the public, 90.4% of whom felt that public harassment was a particular problem for women

In the wake of the Law Commission’s announcement that neither misogyny, sex or gender will be included in hate crime laws, many campaigners on violence against women and girls will be thinking through the implications. The news that a public sexual harassment offence may be introduced is to be welcomed and organisations such as Our Streets Now and Plan International are to be commended for making this a reality.

This is why the women responding to the Nottinghamshire Citizens Survey in 2015 wanted the high rates of gendered abuse they experienced 'because I am a woman’ recorded as hate crime. The evaluation of the Nottinghamshire Police Misogyny Policy included a survey with members of the public, 90.4% of whom felt that public harassment was a particular problem for women.  In the research data based on survey, interviews and focus groups with members of the public including women and men, support for continuance of the policy using misogyny or sex/gender as a category was evidenced.

The Misogyny Hate Crime evaluation was recently awarded the THE Award for outstanding contribution to the local community, acknowledging the impact of a grass roots initiative that had globally raised the awareness around the extent and impact of women and girls, fuelling their fear of rape and severely limiting their use of public space. Losing sight of the value of the misogyny label is why many women’s activists and organisations are angry. Failing to recognise the role that misogyny plays in abuse and violence of women and girls appears a significant step backwards and at odds with the growing recognition of misogyny as a social problem, as exemplified in parliamentary debates on Upskirting and Domestic Violence legislation.

Recent important developments from the misogyny label have increased recognition that violence against women and girls is not simply about the deviance of individual men that commit it. But that it is systematically embedded within societal and institutional cultures that sustain misogyny and impede equality of women and girls. The horrendous murders of Sarah Everard, Sabina Nessa, Bibaa Henry, Nicole Smallman and Bobbi-Anne McLeod have indicated just how unsafe women are in public space. At the same time, the appalling behaviours of Metropolitan Police officers connected with the cases have clearly shown misogyny is a key component of societal and institutional violence much of which is intersectional involving other aspects of women’s identities as well as gender including race, religion, disability and sexuality. The government and criminal justice system have repeatedly failed to understand or deal with the nature of gendered violence against women and girls. The attrition rate for rape and DV against women and girls is so high that women’s organisations have argued they have effectively been ‘decriminalised’.

The Law Commission announcement risks stemming the rising tide of recognition that the issue of improving safety for women and girls needs to be on multiple levels including educational initiatives. A recognition here of the presence of misogynistic attitudes in men that abuse and harass women and their absence in men who do not is crucial. Numerous important educational initiatives have sprung up that acknowledge the role that men and boys play as educators including bystander interventions building respect for women and girls and eradicating violence in the longer term.

We now live in a somewhat bizarre legal world in which someone can be prosecuted for inciting hatred on the basis of sex/gender but cannot be prosecuted for other actions motivated by hostility towards someone based on their sex/gender. This excludes extremely high rates of gendered harassment against women and non-binary people from hate crime protections. Introducing a crime of public harassment does not preclude the introduction of sex/gender as a hate crime category, nor the recognition that the majority of gendered harassment and violence against women and girls is misogynistic in nature.

In sum, those working to ensure that violence against women and girls is dealt with on numerous platforms must continue to hold the government, criminal justice and other public organisations to account. The Law Commission proposals are a long way from protecting women and achieving gendered equality and are indicative of a ‘missed opportunity’.