More Nottinghamshire residents will have access to an initiative which links them with activities to increase social connectedness and improve their wellbeing, as Nottingham Trent University (NTU) works to support the expansion of the Inspiring Ashfield programme into neighbouring communities. 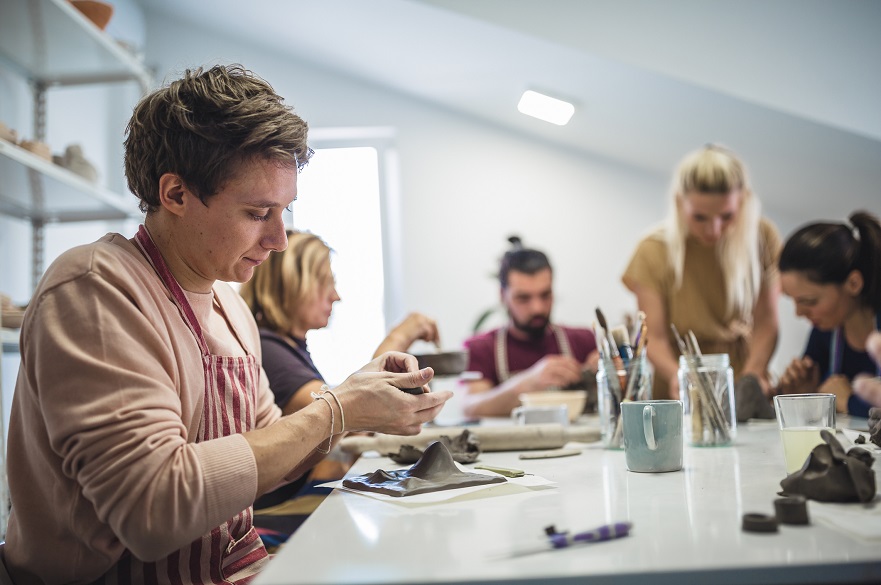 Designed to tackle health inequalities in the area through a social prescribing approach, Inspiring Ashfield coordinates a partnership of more than 30 local arts, sports and community groups to produce a year-long calendar of events for local residents.

In partnership with Ashfield Voluntary Action, NTU will capture the successful elements of the initiative and transfer them to neighbouring districts, adapting the programme to suit the challenges and resources of each new area.

The project is one of twelve funded by the Arts and Humanities Research Council (AHRC) which are introducing innovative ways of using culture and nature to tackle health disparities.

The first stage of the project involves researchers understanding what makes Inspiring Ashfield work and what barriers there are to accessing it. To achieve this, they will be conducting interviews with people involved in the initiative, as well as talking to under-represented groups and those who have refused or disengaged from activities.

The findings will then be used to create a training programme for local stakeholders which will cover supporting place-based social prescribing; making sure it meets the needs of local residents; helping vulnerable individuals access activities; and ensuring proper funding and monitoring.

Professor Clifford Stevenson, lead researcher and Professor of Social Psychology at NTU’s School of Social Sciences, said: “There is an expanding gap between the most and least deprived areas across the UK which has led to increased health inequalities. Lack of money and resources at local community level contributes to poorer health among residents and increases their vulnerability to unforeseen challenges such as COVID-19. As a result, some communities have borne the brunt of the pandemic and now need support to enable them to cope with their situation.

“The NHS’s social prescribing approach connects socially vulnerable individuals to local community services or activities. This has been shown to reduce loneliness and improve health and wellbeing. However, the areas with the greatest need are often those with fewest resources and social prescribing is only as effective as the local activities available. In the wake of COVID-19, work is now required to revitalise local communities so that social prescribing can have its transformative effects.”

NTU will also support the roll out of the initiative by working with community organisations and local residents to explore which events would work best for them to maximize the impact that social prescribing has upon their lives.